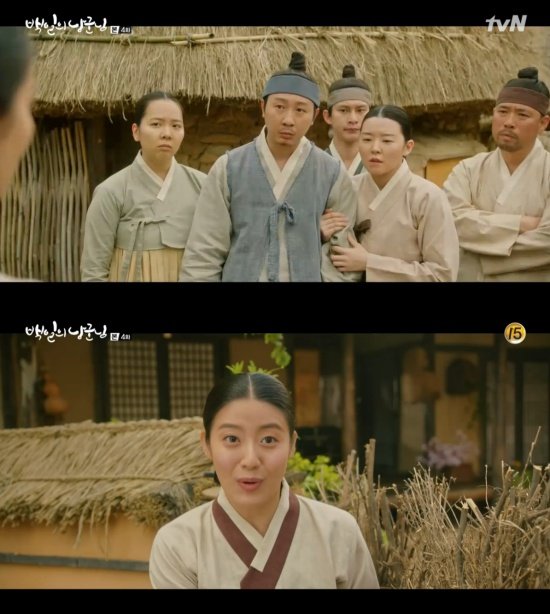 On the latest episode of the tvN drama "100 Days My Prince", Won-deuk (Do Kyung-soo) took out a loan.

Hong-sim was at risk of being sold in return for Won-deuk's debt so she opened an agency that dabbled in all trades for money.

Ggeut-nyeo (Lee Min-ji) couldn't believe she was asking for money to help people when her previous philosophy was to offer lifelong help to those in need around her . Hong-sim explained, "I mean the things someone doesn't want to deal with on their own. I'm not going to do them either. Won-deuk is".

Won-deuk said he never agreed to this but Hong-sim said, "You never asked for my agreement when you used that loan".

The first client asked for help finding a ring that was lost in the dump. Won-deuk refused to do it no matter how much was given to him. Hong-sim explained clearly that he was going to have to make money to pay off the debt he made.

Won-deuk said, "I will and I am going to make a big amount of money at once instead of doing petty work like this. I will think slowly and carefully about how to do it".

"[Spoiler] "100 Days My Prince" Nam Ji-hyun Sets Up an Agency to Pay Off Do Kyung-soo's Debt "
by HanCinema is licensed under a Creative Commons Attribution-Share Alike 3.0 Unported License.
Based on a work from this source