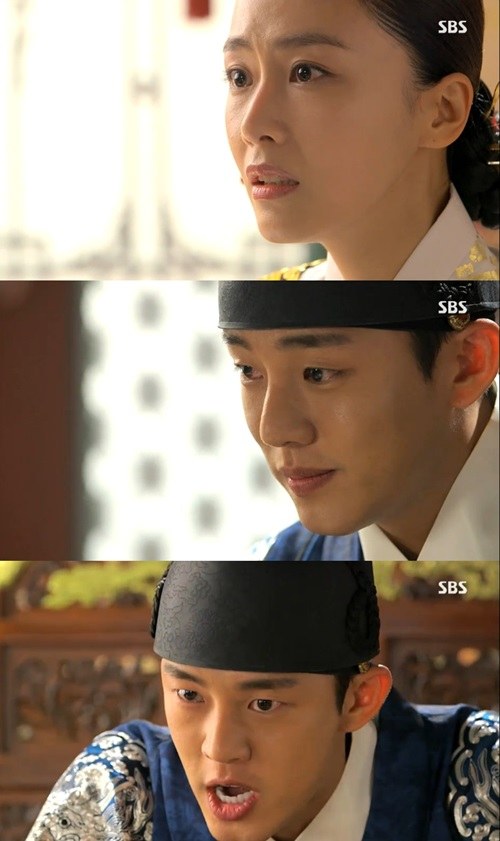 On the eighteenth episode of the SBS drama "Jang Ok-jeong" on the 4th of June, Lee Soon (Yoo Ah-in) found out that she'd been scheming while he was unconscious and delivered the order that he wanted Queen In-hyeon (Hong Soo-hyun) dethroned.

Lee Soon met Jang Ok-jeong (Kim Tae-hee) when he came around. Previously, Jang Ok-jeong had been rid of her son and driven out of the palace. She came back to the palace and ran into Lee Soon's arms.

In-hyeon gave Jang Ok-jeong her son back and became dejected. She was nervous because of the bad things her father Min Yoo-joong (Lee Hyo-jung) and herself had done to Jang Ok-jeong.

Lee Soon gathered the ministers and said, "I wish to depose In-hyeon. I want it desperately. The impeachment of the Queen".

"[Spoiler] "Jang Ok-jeong" dethrones Hong Soo-hyun"
by HanCinema is licensed under a Creative Commons Attribution-Share Alike 3.0 Unported License.
Based on a work from this source