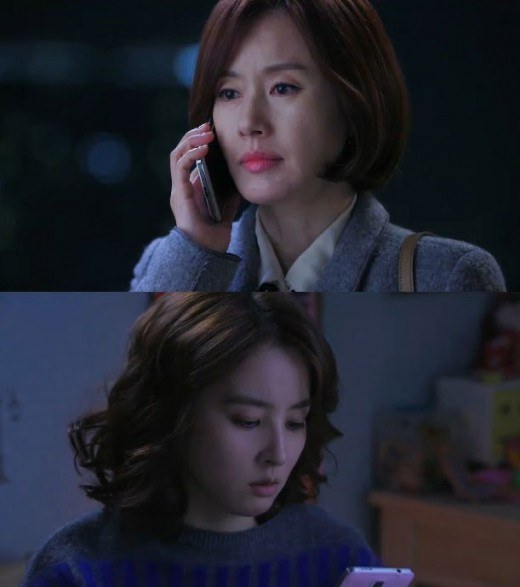 On the episode of the SBS drama "Kind Words", Mi-kyeong (Kim Ji-soo) kept thinking about Eun-jin (Han Hye-jin) who committed adultery with her husband Jae-hak.

Mi-kyeong was anxious to see how Eun-jin's husband would react to this now that he knew his wife had cheated on him. She knew that Eun-jin's misfortune would shake up her family as well.

Mi-kyeong said, "I think it was misjudgment. I take back what I said about not seeing you again. You be there when I ask you to be. Don't disappear from my sight" and Eun-jin agreed.

"[Spoiler] "Kind Words" Kim Ji-soo jealous of Han Hye-jin?"
by HanCinema is licensed under a Creative Commons Attribution-Share Alike 3.0 Unported License.
Based on a work from this source