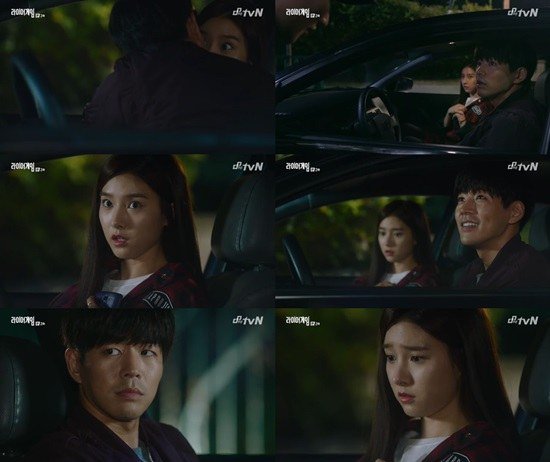 Lee Sang-yoon and Kim So-eun have entered a line of romance.

On the episode of the tvN drama "Liar Game", Ha Woo-jin (Lee Sang-yoon) planned to get the prize money with Nam Da-jeong (Kim So-eun) but was reported to the police.

Ha Woo-jin and Nam Da-jeong were staking out in the car when the police approached. Woo-jin pretended to kiss Da-jeong to put on a fake performance.

The police told them to go to the park for their date and left. Nam Da-jeong was surprised at Ha Woo-jin's sudden movement and couldn't help but panic.

"[Spoiler] "Liar Game" Lee Sang-yoon tries to kiss Kim So-eun"
by HanCinema is licensed under a Creative Commons Attribution-Share Alike 3.0 Unported License.
Based on a work from this source