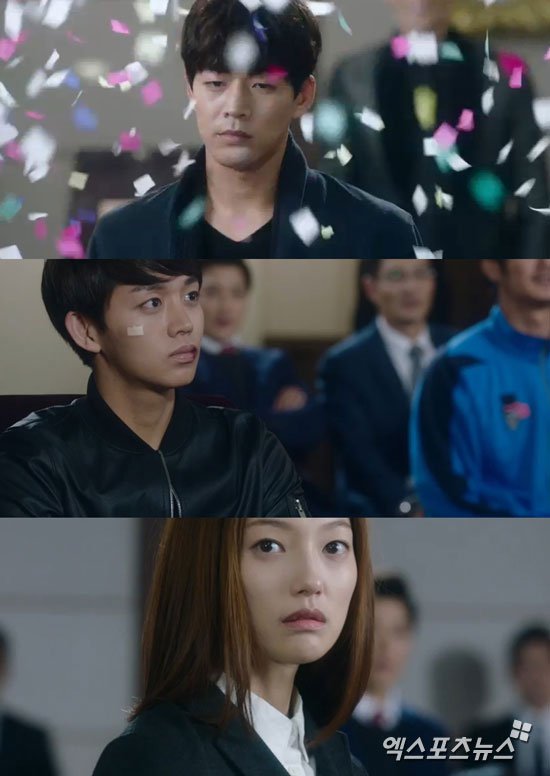 Ha Woo-jin was the questioner when he said, "The most precious thing on earth is money. I am going to put in my answer".

Jamie, Choi Seong-joon and another female survivor gathered their thoughts and decided to split the money by making a team.

In the end, they failed to come to an agreement and decided to make ties in the game to earn some time to think. Choi Seong-joon chose the answer 'No' while the other two answered 'Yes'.

However, the results showed that Choi Seong-joon has chosen 'Yes' and the victory went to Ha Woo-jin.

Ha Woo-jin had already thought about this kind of situation and plotted with Choi Seong-joon. He suspected Jamie of being the traitor and approached Choi Seong-joon who managed to prove that he wasn't the traitor.

They knew Jamie would try to make a team and get herself to win.

Jamie lost it and headed for the bag of money but was restrained by the staff and kicked out.

"[Spoiler] "Liar Games" Lee Sang-yoon plots with Lee Si-hoo and wins"
by HanCinema is licensed under a Creative Commons Attribution-Share Alike 3.0 Unported License.
Based on a work from this source