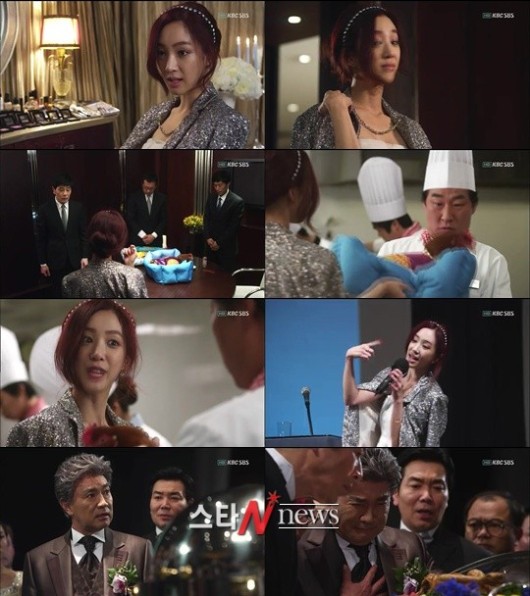 Jung Ryeo-won made a mess at the development site.

In the January 3rd episode of SBS drama "Salaryman", Baek Yeo-chi (Jung Ryeo-won) created a disaster at the development site that she went to with her grandfather Jin Si-hwang (Lee Duk-hwa).

She said, "It's an eye for an eye" with a meaningful smile, then ordered that an immortal 120 year-old chicken to be cooked.

She then barged into the event hall and started singing a song until Jin Si-hwang dragged her away.

To hold her own against Choi Hang-woo (Jung Gyu-woon), who brought out a video saying the experiment for new meds had failed, Jin Si-hwang ordered the chicken be prepared but was shocked when he saw it cooked.

"[Spoiler] "Salaryman" Jung Ryeo-won makes a mess with her KRW2 billion chicken"
by HanCinema is licensed under a Creative Commons Attribution-Share Alike 3.0 Unported License.
Based on a work from this source