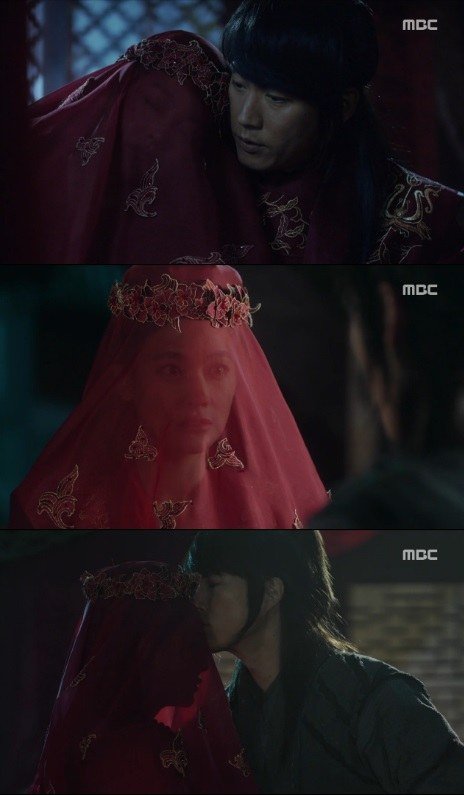 The viewing percentage of "Shine or Go Crazy" is rising.

According to Nielsen Korea, this MBC drama rated 8.2%. This is 0.3% higher than the previous episode.

Wang So (Jang Hyuk) faked marriage with Sin Yool (Oh Yeon-seo) and after spending the first night with her, kissed her on the forehead and said goodbye. Then he went to see his father Wang Gun (Nam Kyung-eup). Wang So saw how sick his father was and was ordered to royally marry Hwang Bo (Lee Hanee).

However, Sin Yool had already fallen for Wang So and followed him to the land of Koryeo. 5 years later, she coincidentally reunited with Wang So.

"[Spoiler] "Shine or Go Crazy" starts rising as romance begins"
by HanCinema is licensed under a Creative Commons Attribution-Share Alike 3.0 Unported License.
Based on a work from this source