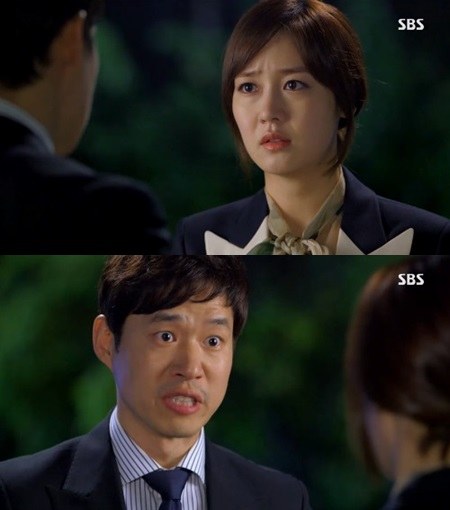 Hong Kyeong-doo replied, "I can't believe I'm talking to you about this. You used to ignore the fact that you had her" but Jeong I-hyeon insisted, "I will make her a great person. She can become the greatest out of the greatest people".

Hong Kyeong-doo said, "So were you happy by studying so much. Why did you who spent so much money studying and I who spent little money studying, want to die at the same time? Don't laugh at the things I do to feed my own child".

"[Spoiler] Sung Yu-ri asks Yu Jun-sang for child custody"
by HanCinema is licensed under a Creative Commons Attribution-Share Alike 3.0 Unported License.
Based on a work from this source