[Spoiler] "The Prime Minister and I" Lee Beom-soo and Yoona 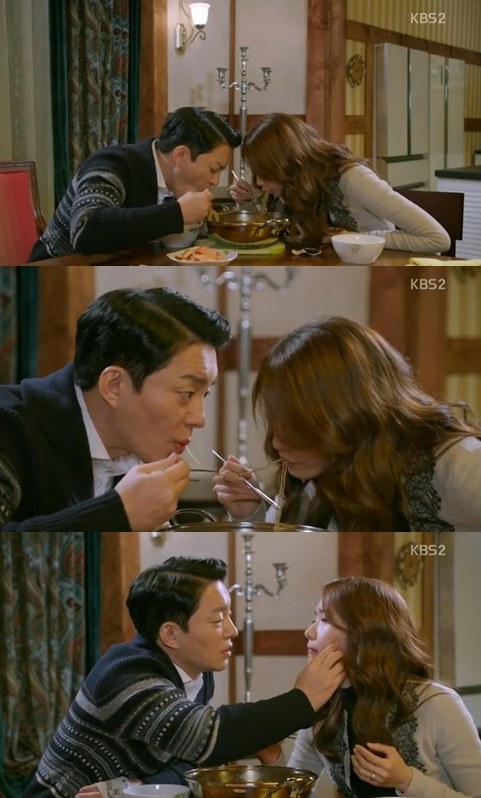 Kwon Yool and Nam Da-jeong (Lee Beom-soo and Yoona) ate Ramen on the ninth episode of the KBS 2TV drama "The Prime Minister and I".

Da-jeong made some Ramen for Yool at night. He had a chopstick-full and said, "It's good" and started eating.

Da-jeong started eating as well and ended up chewing on the same noodle and almost touched lips.

The noodle snapped and soup got on her face. Yool told her to wipe it but she didn't know where so he wiped it for her.

Kwon Na-ra (Jeon Min-seo) and Kwon Man-se (Lee Do-hyun) happened to see that and teased his father, "What are you doing? Kissing?"

"[Spoiler] "The Prime Minister and I" Lee Beom-soo and Yoona"
by HanCinema is licensed under a Creative Commons Attribution-Share Alike 3.0 Unported License.
Based on a work from this source