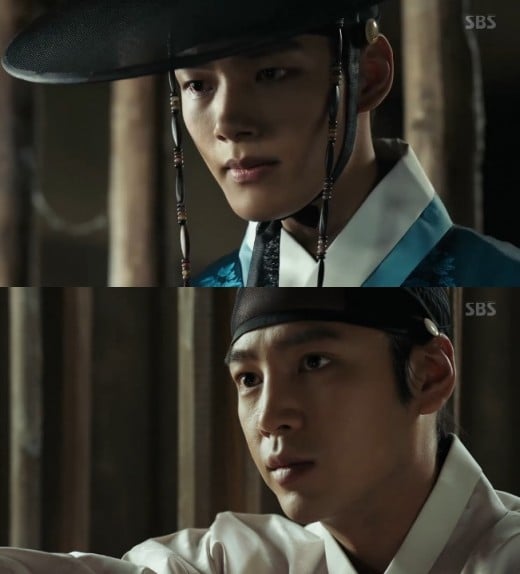 On the episode 14 of SBS' Monday & Tuesday drama, "The Royal Gambler", Dae-gil (Jang Keun-suk) was falsely accused of murdering Golsa (Kim Byung-choon) and was imprisoned for the murder charge.

When Dae-gil encountered Dam-seo (Lim Ji-yeon) at the spot where Golsa was lying down on the ground bleeding, he helped Dam-seo hide herself and then he got accused for murdering Golsa instead.

Prince Yeongying stepped in to be in charge of the case and he believed Dae-gil was innocent. Prince Yeonying told Dae-gil, "Do not try do anything stupid. Wait quietly. I'll search and find the real criminal no matter what" and "I believe you".

"[Spoiler] 'The Royal Gambler' Yeo Jin-goo trusts Jang Keun-suk"
by HanCinema is licensed under a Creative Commons Attribution-Share Alike 3.0 Unported License.
Based on a work from this source