TiJinYo To Hold Protest Outside Of Core Contents Media 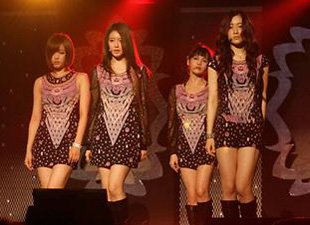 TiJinYo may have started as an internet cafe, but the members are taking their act offline.

The anti T-ara internet cafe "We Request The Truth From T-ara" (called TiJinYo for short) announced plans to hold a protest outside of T-ara's agency, Core Contents Media, on August 4th at 5 PM. The group has submitted an official notice to the police of their plans to assemble and rally, making this a legal, legitimate protest.

TiJinYo clarified that this protest will not be one simply against member Hwa-young leaving the group. It will target the bigger issue of bullying that is arising among young idol stars, that the youth of public look up to.

On a side note, Core Contents Media continues to deny these accusations of group bullying. The agency is sticking to their explanation of Hwayoung being out of the group due to her
uncooperative behavior.

The expected turnout for that day is roughly 100 protestors.