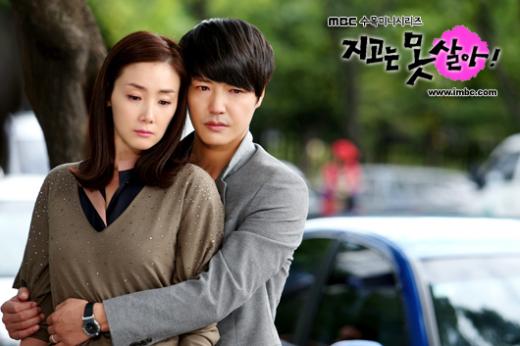 MBC drama "Can't Lose" stopped it's rating up in a day.

This is 4.4% less than the previous 10.2%. It tasted the effect of increase due to being played an hour later as the London Olympics Asian Soccer final round games were on.

Eun-jae (Choi Ji-woo) and Hyeong-woo (Yoon Sang-hyun) hid their coldness for a while and tried to understand each other. However, Hyeong-woo eventually decided to divorce her for her own sake.

"Today's drama ratings 2011/09/22 : "Can't Lose" falls half in a day"
by HanCinema is licensed under a Creative Commons Attribution-Share Alike 3.0 Unported License.
Based on a work from this source