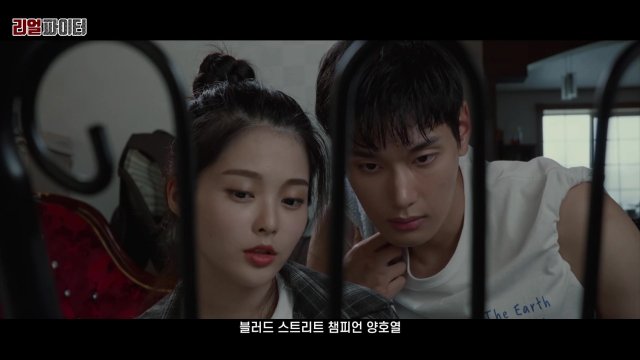 Synopsis
There's only one champion, and it's the best fighter on the street!

Hye-na finds out that the man who injured Tae-seong is Yang Ho-yeol, the strongest champion of "Blood Street", an illegal gambling game site where one can bet after a real street fighting match, and she informs Tae-seong about it. Tae-seong jumps into "Blood Street" for revenge. "Blood Street" users go wild, calling masked Tae-seong a "Real Fighter".

However, the game company creates traps to deal with Tae-seong, which interferes with the entire game operation, and Tae-seong is in a crisis. It was champion Yang Ho-yeol who saved Tae-seong at the moment of crisis. Ho-yeol, who wanted a real opponent, tells Tae-seong the whole truth.
The game company conspired to lure Tae-seong to "Blood Street" from the beginning.

Tae-seong and Ho-yeol break "Blood Street" and start a fight to be the real champion!