Who is Won Bin's partner? 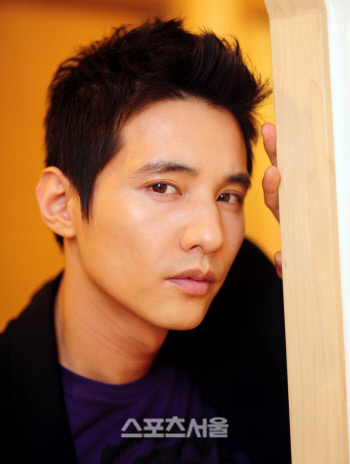 While top star Won Bin is coming back with a drama for the first time in 13 years, attention focuses on who will be his female partner.

He is almost confirmed to star in a drama produced by Kim Kyoo-tae and written by Noh Hee-kyeong. This is his first drama ever since the year 2000 KBS drama "Autumn in my Heart" and many are curious about his lady partner.

Kim Tae-hee from KBS 2 "IRIS" is one likely candidate. Just the lone fact that the two coming together will create the greatest visual brings up hope. A close person of Kim Tae-hee's said, "She's close to Kim Kyoo-tae but she hasn't heard about a drama yet. As much as other actresses are waiting to work with writer Noh Hee-kyeong, I'm sure she will look eagerly through the offer if there is a chance".

Netizens are listing the actresses that have connections with Noh. Song Hye-kyo who was in "Autumn in my Heart" with Won Bin worked with Noh in "Worlds Within" and Han Ji-min from jTBC drama "Padam Padam... The Sound of His and Her Heartbeats" also has a connection with the writer. Some say it could be an idol standing next to Won Bin since he's so powerful. Bae Suzy, Yoona and IU are being mentioned as likely. A drama spokesperson said, "Since Noh is so good at making good looking casts become sentimental, it's hard to not be interested in her work".

"Who is Won Bin's partner?"
by HanCinema is licensed under a Creative Commons Attribution-Share Alike 3.0 Unported License.
Based on a work from this source