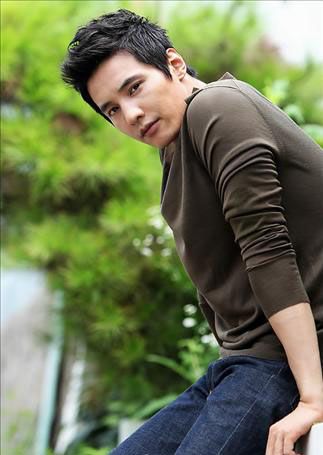 The movie "The Man From Nowhere", which will be released on August 4, is a very violent movie with realistic action scenes. The fight scene in which Tae Sik, who is the former member of a special forces unit, devastates a criminal organization that kidnapped a neighbor girl contains violent scenes such as splattered blood and broken bones, but the scene is also filled with resolute and well-made action sequences.

An interviewer met actor Won Bin, who has been "reborn" as an action hero, at a café located in Samcheong-dong, Jongno on August 2. He had previously filmed battle scenes in the movie "Taegukgi" and he had carried a gun when he filmed the movie "Guns and Talks", but he mentioned that this is the first time for him to film a legitimate action movie.

He said, "When I was a high school student, I completely indulged in action movies. When I watched the movie 'Terrorist', I came to have a dream of becoming an actor. I just had the vague thought of thinking 'It looks cool. I wish that I could film that kind of movie'. But, it took about fourteen years for me since my debut to realize my dream of filming an action movie".

Won Bin has clean-cut features not readily associated with the word 'Mister', which is the Korean title of the movie. Director Lee Jeong-beom had reportedly kept in mind an image of a middle-aged man character for the role. Won Bin related his thoughts about this image, saying, "When I first read the script of the film, I wanted to play the character, and I thought that it might be more interesting if a male actor who does not look like a middle-aged man performs the role". Won Bin does not have the image of a tough man, such as actor Choi Min-soo, who played the protagonist in the movie "Terrorist", which had given the dream of becoming an actor to Won Bin, but he successfully portrayed the character who has a deep scars inside and effectively expressed the anger of the character emotionally.

He informed the interviewer that he had talked with the director many times about the character and he had actually focused on portraying the character's emotion through action. He explained, "Tae Sik's depressed feelings were expressed in the form of action. Action is actually Tae Sik's language in this movie". 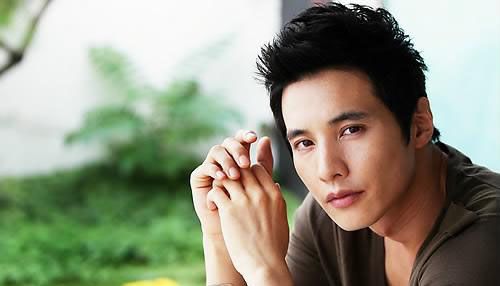 He continued, "Filming the action scenes was very exciting. Also, when I filmed some action scenes not typical of Korean action movies, I was even more amazed. I had to perform the movements that come naturally when a special agent is faced with the enemy and prepares for counterattack, so I had to be equipped with the basic movements. I trained to use a gun and sword and to perform action steps three months before filming began. Practicing the steps was very tricky. My upper body and lower body have to move together, but actually they move in different directions".

He presented the fast and disciplined action which is a mixture of traditional Asian martial arts such as Penjak Silat, Kali, and Arnis. Which scene did he feel was the most dangerous for him? He picked the scene in which he is thrown off a building and falls onto the net of a driving range. He said, "I was hanging from the height of a five-story building, relying on only a single rope. In the scene, I had to fall down while feigning unconsciousness, so I was really dizzy when I filmed the scene".

The movie "The Man From Nowhere" is the first movie in which Won Bin plays the sole protagonist. When he filmed the movie "Taegukgi", actor Jang Dong Gun acted as another protagonist together with him; when he filmed the movie "Mother - 2009", he played the male lead alongside actress Kim Hye-ja, and when he filmed the movie "My Brother", actor Shin Ha-kyun was the main actor along with Won Bin. This time, Won Bin has to solve every problem in this movie as the sole protagonist. But, he does not attach great importance to that fact. He said, "I just approached this movie as an actor. Some people say that I am the single protagonist of this movie, but I tried not to put so much importance on the fact because thinking that way could disturb my acting by giving me pressure. In fact, I did not have enough time to think about those things because the filming schedule was so tight. At this moment, while I wait for the release of the movie in the midst of many people's excited anticipation, I am feeling a little bit of pressure". 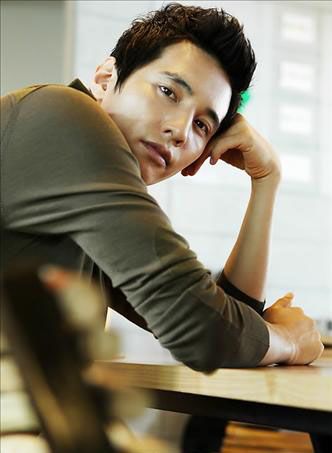 From his first movie "Guns and Talks" in 2001, which was directed by director Jang Jin, to this latest movie "The Man From Nowhere", he has filmed five movies. Even taking into account the break from the time when he entered the army until his discharge due to family problems, the number of works in which he has appeared is not very high. He explained, "I could not find works that I really wanted to appear in. When I filmed the movies such as "Taegukgi" and "Mother -2009", it took a long time for filming. I want to act consistently and slowly for a long time, rather than appearing in many different works".

What does Won Bin usually do when he does not work? He answered, "Most of the time, I stay at home. I watch movies and read books. I usually do not meet people very often or drink alcohol with people. Sometimes, night and day become switched for me, and during those times, I do not sleep at night and watch movies until the early morning, and go to bed afterward. I have been quite busy, so I have not been able to go to the cinema since the movie "The Servant"."

"Won Bin: 'I Dreamed of Becoming Actor After Watching Action Movie'"
by HanCinema is licensed under a Creative Commons Attribution-Share Alike 3.0 Unported License.
Based on a work from this source