Yoon Se-ah from "A Gentleman's Dignity" 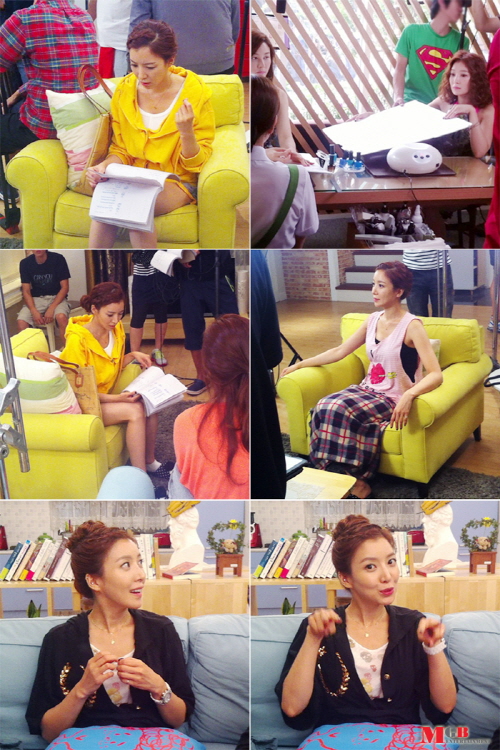 Actress Yoon Se-ah was caught on camera at the shooting site for "A Gentleman's Dignity".

Behind cuts of the actress were released by MGB Entertainment on the 25th.

Yoon Se-ah practices her script and facial expressions during break time despite the long hours and even poses for the camera when she spots it while talking to a member of staff.

Kim Ha-neul is her roommate and friend in the drama and she is seen holding up the reflection board while Kim Ha-neul is shooting.

Yoon said, "Everyone is tired from the hot weather but everyone is working hard. We hope you stick with us until the very last episode",

"Yoon Se-ah from "A Gentleman's Dignity""
by HanCinema is licensed under a Creative Commons Attribution-Share Alike 3.0 Unported License.
Based on a work from this source