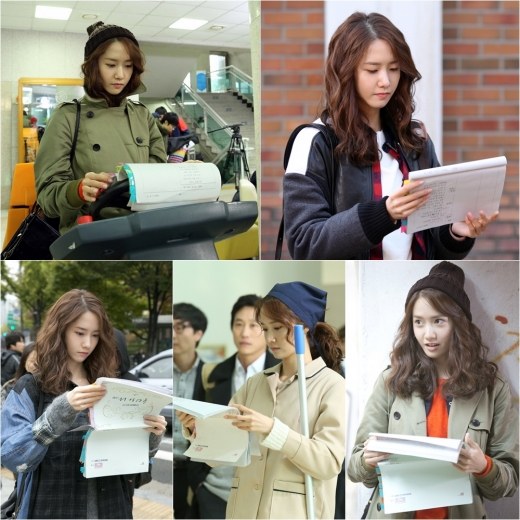 Netizens are responding to pictures of Yoona reading her script.

The new KBS 2TV drama "The Prime Minister and I" released pictures recently.

The pictures show the passion Yoona has for her work as she is constantly looking into her script.

Yoona is looking into her script whenever and wherever she can.

She's known to have her script in her hands until the very moment she stands in front of the camera.

Netizens say, "She's such a hard working actress", "She's going to succeed as an actress too", "She's always highly recommended" and more.

"Yoona's eyes are filled with laser beams"
by HanCinema is licensed under a Creative Commons Attribution-Share Alike 3.0 Unported License.
Based on a work from this source