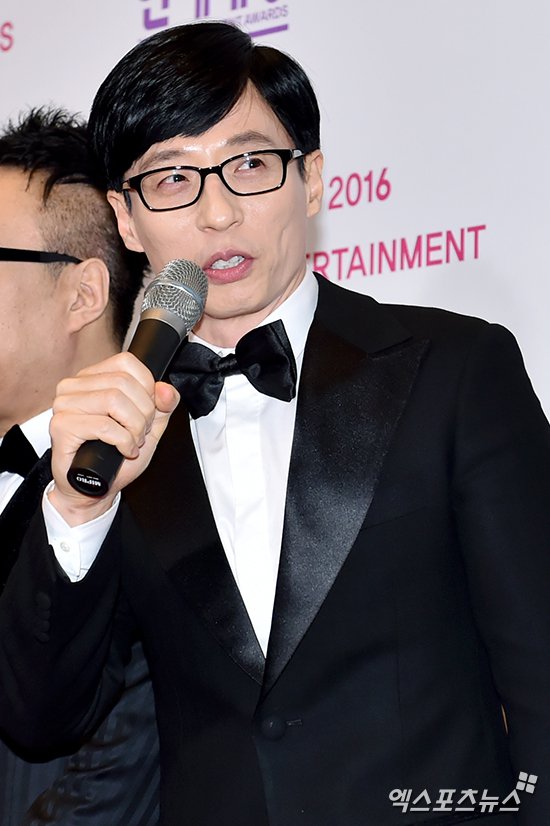 "Infinite Challenge" Yoo Jae-suk beat Kim Gu-ra and took home the Grand Prize at the MBC Entertainment Awards on the 29th. He made up for SBS and KBS with the MBC Grand Prize and this makes it his 13th one.

Yoo Jae-suk made a speech saying, "I am grateful but I feel bad. Thank you Joon-ha, Kim Seong-joo and Kim Gu-ra and I'm sorry. To my loving family and Na Kyeong-eun, my son Ji-ho, the people in my management, director Kim Tae-ho and countless crew members, thank you so much". 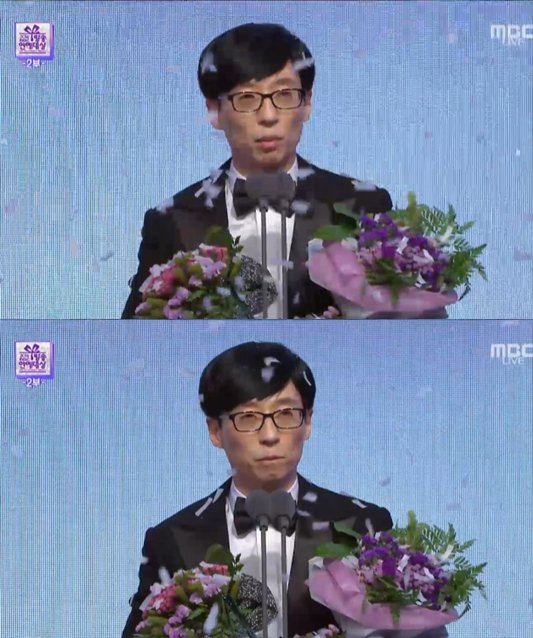 "There have been minor and major issues and there was love this year. Jeong Hyeong-don isn't here right now but I wish he'd come back and do what he wants. I wish Noh Hong-cheol comes back to "Infinite Challenge". Myeong-soo, Haha and Joon-ha, you did a great job. Se-hyeong and Gwang-hee, thank you for getting used to the show and doing so well".

"Infinite Challenge" has been strong going for the past 11 years and it was given the title "Best Show of the Year". 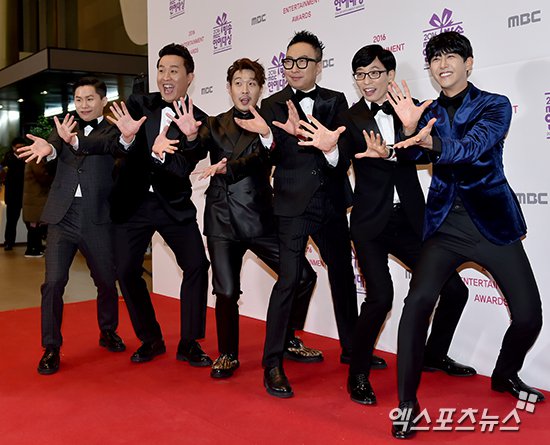 Park Chan-ho and Lee Si-young from "Real Men" were the Best Entertainment Rookies of the year while Han Dong-geun and Sin Go-eun were Best Music Talk Rookies.

Kim Gu-ra was nominated for the Directors' Award. Eric Nam and Solly from "We Got Married Season 4" for the Best Couple Award, "Masked Singer" for Best Team Work and Yoon Jong-shin Jun Hyun-moo and Ha Hyeon-woo for special awards. 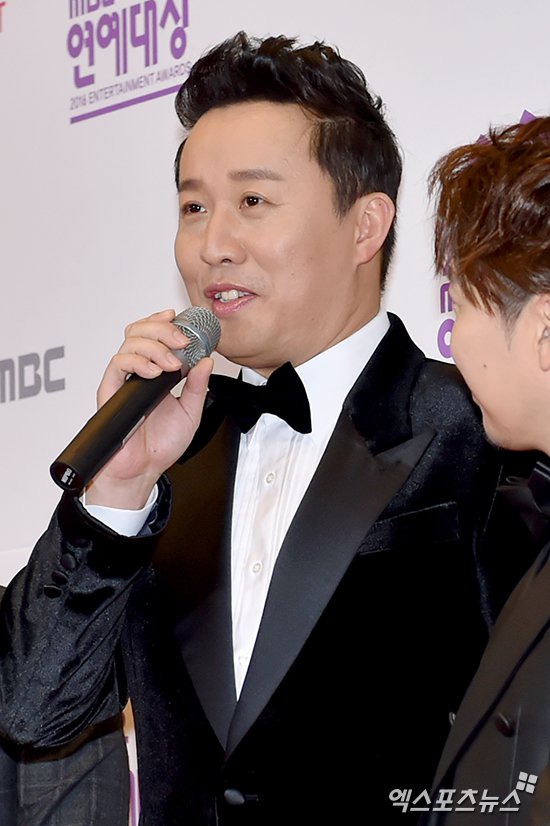 The following are prize winner of the 2016 MBC Entertainment Awards:

- Best Couple = Eric Nam and Solar (We Just Got Married 4)

- Radio Special Award = Jeong Cheol-jin (The World and Us), Lee Ha-na (Finance in Our Hands)

"2016 MBC Entertainment Awards Winners' List: Yoo Jae-suk, 13 MBC Grand Prizes in a row "
by HanCinema is licensed under a Creative Commons Attribution-Share Alike 3.0 Unported License.
Based on a work from this source