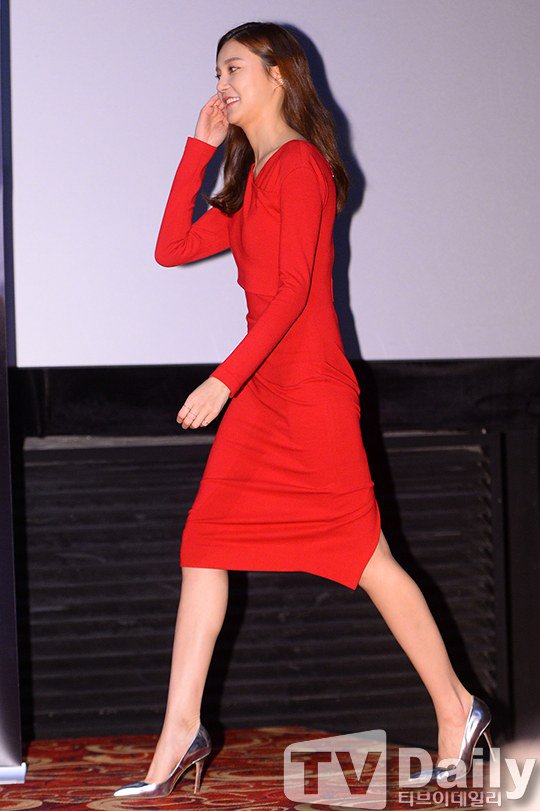 Cha Ye-ryun attended event in her beautiful red dress. The movie, 'The Tenor Lirico Spinto' is based on a true life story of tenor Bae Jae-cheol, who lost his voice due to thyroid cancer and could come back to the stage overcoming the tragedy.

Yoo Ji-tae took on the role of the indomitable tenor, Bae Jae-cheol and will present his refined acting to express detailed emotions. Cha Ye-ryun stars as his loving and supporting wife, and Yusuke Iseya plays a music producer, Sawada, who has been a strong backing support with his unchangeable friendship.

'The Tenor Lirico Spinto' was screened in last June in Shanghai International Film Festival and received good reviews from the audience and media. The movie will be officially released on December 31st in Korea.

"Actress Cha Ye-ryun classic and sophisticated at preview screening for 'The Tenor Lirico Spinto'"
by HanCinema is licensed under a Creative Commons Attribution-Share Alike 3.0 Unported License.
Based on a work from this source