Actress Esom Learns to Slow Down and Enjoy the Ride 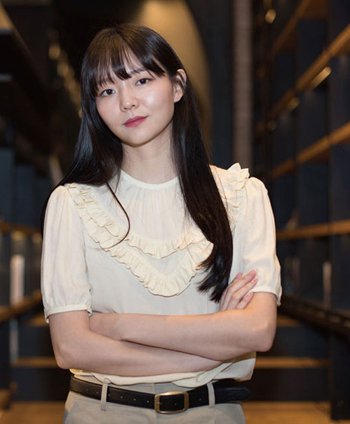 Actress Esom feels fortunate and happy to have appeared in the film "Microhabitat", the story of a young woman who scrapes by from day to day by housekeeping, but lives happily.

The film was screened in March without much success but favored by many young people who identify with the character, who can't give up what she likes -- cigarettes, whiskey and her boyfriend -- even though she has to drift from place to place because she can't afford her own residence.

Esom said the film has given her a sense of fulfillment. "I was happy throughout filming and promoting the movie. I hope all who view the film can experience the same happiness and satisfaction as the protagonist", the actress said.

Esom first appealed to the filmmakers to take part in the project. Director Jeon Go-woon said she originally envisioned the lead role being played by an actress in her mid-30s, but eventually decided Esom was a good fit for the character.

"I haven't turned 30 yet, but already I often think about whether I can defend what I treasure in the face of reality", she said.

"When I started acting, I also wondered if I had to compromise because reality is too harsh to chase my dream blindly. But I decided to take it easy and go slowly rather than to compromise. And I was able to feel at ease".

Esom, who had dreamed of becoming a model since she was in middle school, achieved her goal when she won a modeling competition hosted by cable channel Mnet.

"I learned that I wanted to act while working as a model, so I auditioned for roles. Luckily, I was cast in an independent film and directors who saw the film contacted me and offered me more roles", she said.

And she has slowly worked her way up by appearing in various films including "Scarlet Innocence", "Like for Likes", and "Warriors of the Dawn".

She says she places more importance on her own views and tastes, and less on what others think of her.

"Acting is kind of special, but I don't think I'm special. I usually go out alone. I watch movies and take walks by myself. Few people care about me because they focus on themselves", she said.

"Actress Esom Learns to Slow Down and Enjoy the Ride"
by HanCinema is licensed under a Creative Commons Attribution-Share Alike 3.0 Unported License.
Based on a work from this source