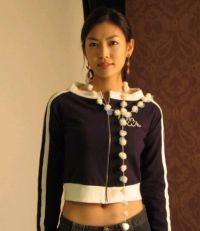 The drama's production agency Taewon Entertainment said, "Kim will turn into a provocative warrior playing Kim Seon-hwa, a North Korean agent. She is up for some intense action scenes".

Under the order of the team chief played by actor Lee Seung-woo, Kim Seon-hwa doggedly tails South Korean special agent Kim Hyeon-jun (Lee Byung-hun). After being abandoned by the North regime, she fatefully falls in love with Lee. She creates an intense love triangle with Kim Tae-hee and Lee to the very end.

"IRIS" is expected to air on KBS 2TV in the second half of the year. Filming will start next month in Akita Prefecture, Japan.