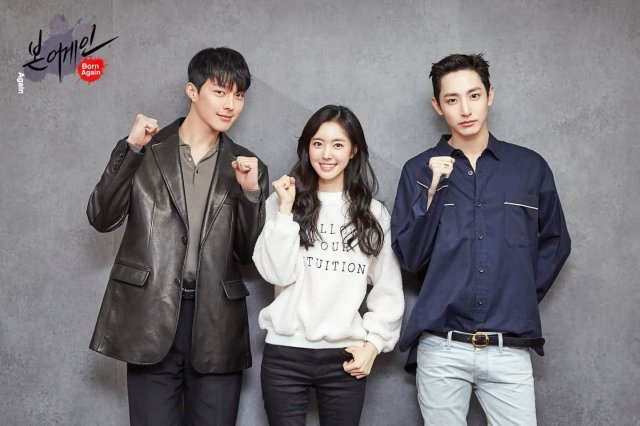 "Born Again" is a mystery romance drama about reincarnation, in which the fate and resurrection of three men and women intertwined in two lives are depicted. In the drama, two men and a woman, who are bound by strong ties in the 1980s, resurrect as they have never been before and recount their love story.

KBS Drama Center Chief Moon Bo-hyun made a short speech saying, "This is the first Monday - Tuesday drama in four months on KBS. I am excited and I hope everyone creates good memories while making the drama".

The hype turned sincere when the reading began. Jang Ki-yong, Jin Se-yeon and Lee Soo-hyuk immersed themselves into their characters right away and displayed amazing chemistry.

Kim Jung-nan proved worthy of her name and so did Choi Kwang-il. Jung In-gyeom added weight to the drama with his innocent purity, while Jang Won-young was sly and comical. 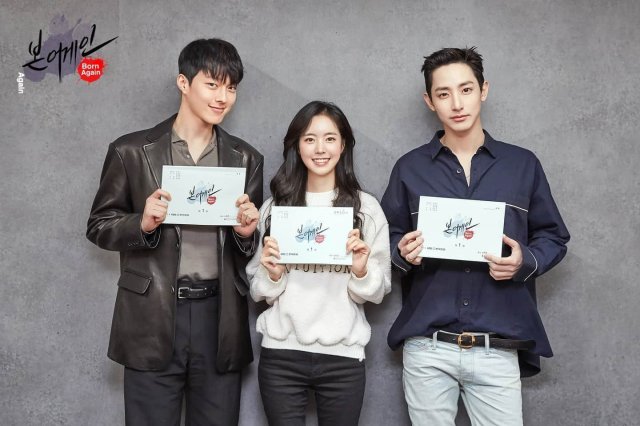 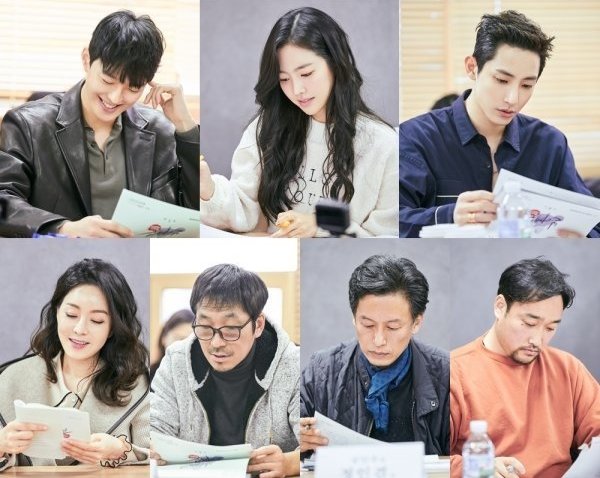 ""Born Again" Jang Ki-yong, Jin Se-yeon, Lee Soo-hyuk and Others Attend First Script Reading"
by HanCinema is licensed under a Creative Commons Attribution-Share Alike 3.0 Unported License.
Based on a work from this source