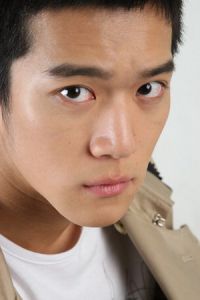 This new movie is directed by the same director who was praised for his documentary film, "Action Boys". It is set in the year 1996 where a spy was found in Kangwondo where four friends are having the troublesome adventure of their lives.

Here, Ha Seok-jin is one of the four, Tae-joon who has a quick temper and try to survive in this prejudiced world with Lee Jung-jin and Lee Young-hoon. Lee Moon-shik is the detective Choi who will be hunting down the spy.

"[ChanMi's movie news] Ha Seok-jin, main character in a new film"
by HanCinema is licensed under a Creative Commons Attribution-Share Alike 3.0 Unported License.
Based on a work from this source