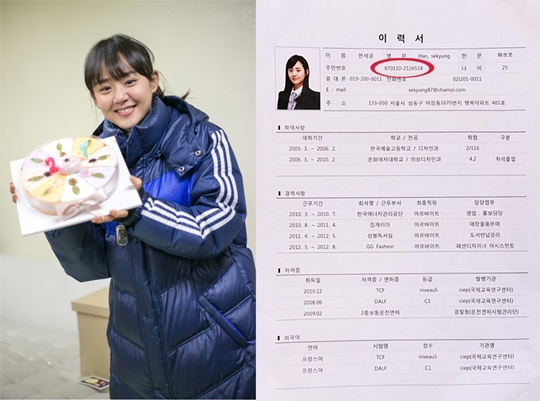 Moon Geun-young received birthday wishes from her fans who remembered her drama character Han Se-kyeong's birthday. They had seen Han Se-kyeong's resume at the beginning of the drama.

Moon Geun-young received a cake and she took a picture with it right away. She was happy that her fans were so thoughtful.

Netizens say, "No one would have known if it weren't for a fan", "That's overwhelming", "That is her birthday", "Moon Geun-young looks happy" and more.

""Cheongdam-dong Alice" Moon Geun-young gets birthday wishes"
by HanCinema is licensed under a Creative Commons Attribution-Share Alike 3.0 Unported License.
Based on a work from this source