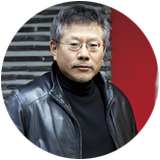 This is because the supporters didn't feel the funding could reach the target amount of 1 billion won until the 20th of April.

- "Mister Go 3D" signed a contract with Major Chinese investors Why Brothers for a deal of 5 million US dollars.

5 million dolloars is only 25% of the total production cost. "Mister Go 3D" has confirmed 5000 or so screens in China through this contract.

"[Comment News] Crowd Funding for movie "26 Years" to be extended until the 31st of May"
by HanCinema is licensed under a Creative Commons Attribution-Share Alike 3.0 Unported License.
Based on a work from this source