First rom-com of the year: "Mood of the Day" Yoo Yeon-seok and Moon Chae-won's three points to success 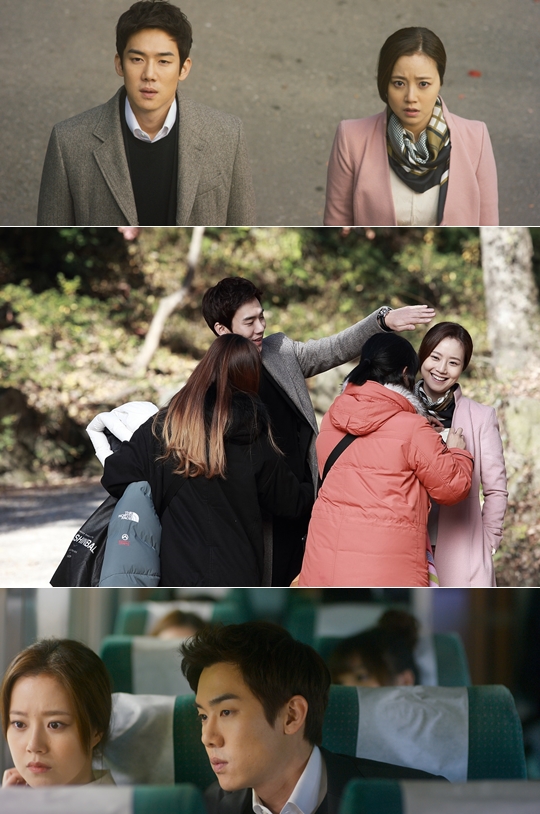 Yoo Yeon-seok and Moon Chae-won's "Mood of the Day" sparked up some interesting points.

The movie "Mood of the Day" is being released today while everyone is talking about it and it has all the elements a romantic comedy needs to succeed.

"Mood of the Day" has laughter, chemistry and no obviousness and it is one of the most looked forward to rom-com of the year.

Winter is the season when sweet romantic comedies such as this heat up the theaters. The first romantic comedy of the year is "Mood of the Day". A conservative woman and a bold man meet on the KTX one day and spend a night together.

Romantic comedies like "Petty Romance", "Spellbound", "Whatcha Wearin'?" and "Love Forecast" have all been successful and they were released in the winter. The reason for their success is because towards the end of the year, many dramas and action movies make their way to the cinemas so romantic comedies bring about a brief moment of laughter and relaxation to the theaters.

Romantic comedies bring comfort to the solo and sweetness to couples. The joy it gives makes those watching it feel better too.

Another thing to look out for in a romantic comedy is the chemistry between the man and the woman. A romantic comedy makes everyone's fantasy a reality and fills in for those who can't have it in real life.

"Love Forecast" Jae-hyeon and Soo-jeong are about to bring out the emotions of all men and women in Korea.

Yoo Yeon-seok plays a sly but romantic character and Moon Chae-won plays a loveable and cute one.

#3. Realistic romance that stirs up the love bugs

Recent romantic comedies have focused on the reality of youthful men and women these days. Kim Min-hee and Lee Min-ki's "Very Ordinary Couple" naturally portrayed what goes on in the real world and "Whatcha Wearin'?" stimulated the intimate relationships of men and women today. "Love Forecast" was based on the keyword "Some" in which a man and a woman play hard to get before they actually start dating.

"Mood of the Day" is also realistic in a way that a man and a woman make a bet on spending the night together which is very likely to happen in real life. Jae-hyeon and Soo-jeong meet on the KTX train and he falls head over heels for her. This part fulfills any ordinary person's wish of wanting to fall in love with the destined one.

Jae-hyeon falls in love with Soo-jeong from the moment he sees her and says, "I would like to sleep with you tonight" and Soo-jeong is just appalled at what he says.

Yoo Yeon-seok and Moon Chae-won's "Mood of the Day" is being released on the 14th.

"First rom-com of the year: "Mood of the Day" Yoo Yeon-seok and Moon Chae-won's three points to success"
by HanCinema is licensed under a Creative Commons Attribution-Share Alike 3.0 Unported License.
Based on a work from this source