[Guest Film Review] "The Tooth and The Nail" 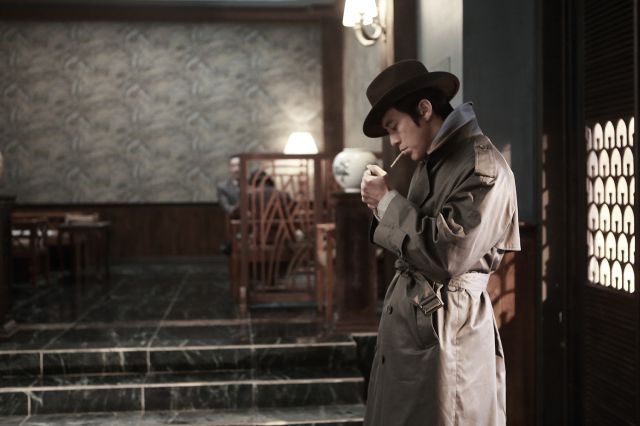 Although a bit early to speak about a tendency, it seems that Park Chan-wook once again sent waves through the Korean movie industry with "The Handmaiden" behind which Jeong Sik's "The Tooth and the Nail" follows, both visually and in that they're both based on a western novel (the homonymous, by Bill S. Ballinger).

The narrative unfolds on two axes. The first one, who is considered the present, involves a murder trial where neither the accused nor the person murdered are revealed. Instead, this axis is presented as the battle of Prosecutor Song and Lawyer Yoon. The second axis is the central one, and revolves around wandering magician Choi Seung-man who stumbles upon Jeong Ha-yeon one night -- his life changes completely. The two of them soon become a couple, both on stage and in life. Eventually, it is revealed that the girl had a secret that revolved around some plaques used to forge Korean money. This secret leads to the girl's death and Choi's oath for revenge, which ushers him to a crime syndicate, headed by Nam Do-jin and Madam Seong.

The narrative follows the one in the book very closely, gradually revealing the actual story and retaining, in that fashion, a sense of agony and disorientation that serves the movie quite well. Although the general setting is quite good, the film seems to lack any actual highlights, despite the many plot twists and the constant disclosures, including the ending one. Thus, and although quite entertaining, the movie fails in having a significant impact despite Kim Joon-seok's music, which tried to make a number of scenes impactful but (partially) failed. 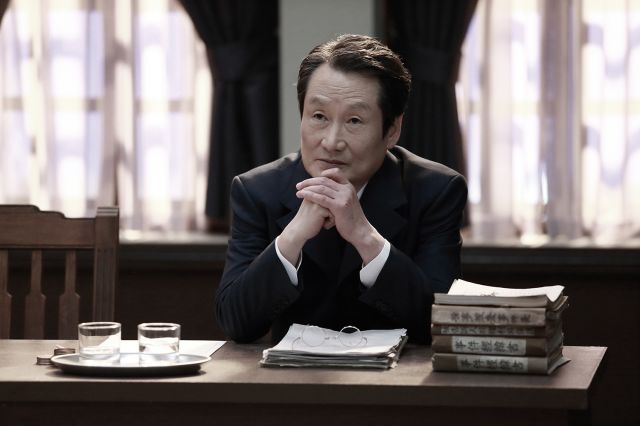 The acting follows in the same footsteps. Go Soo as Choi Seung-man is quite good as a man who sees his world and happiness gradually destroyed, and Kim Joo-hyuk as Nam Do-jin is a great villain, in grandiose style. Im Hwa-young is quite adorable as Jeong Ha-yeon, Park Ji-ah elegant and cruel as Madam Seong, and Moon Sung-geun as Lawyer Yoon and Park Sung-woong as Prosecutor Song cocky and respectable at the same time. However, I felt that the story did not give any of them a true chance to shine apart from a few scenes where Park revealed his true nature.

Aesthetically, "The Tooth and the Nail" follows the rules of the film-noir with most of the film taking place in the dark and a number of ominous characters, while the concept of the magician induces it with a feeling of variete, also works quite well. In that fashion, the film benefits the most from Yoon Jong-ho's cinematography, which implements the aforementioned aesthetics to perfection, while an excellent job has been done with the costumes and the set design, in a style similar to "The Handmaiden". 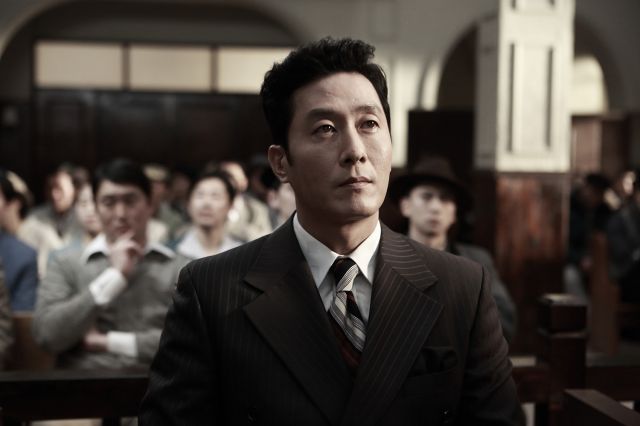 "The The Tooth and the Nail" is a visually impressive film with a lot of benefits, but the faults in the narrative do not let the other aspects shine as they could. This, however, does not mean it is not entertaining.

"The The Tooth and the Nail" is directed by Jeong Sik and Kim Hwi, and features Go Soo, Kim Joo-hyuk, Moon Sung-geun, Park Sung-woong and Im Hwa-young.

"[Guest Film Review] "The Tooth and The Nail""
by HanCinema is licensed under a Creative Commons Attribution-Share Alike 3.0 Unported License.