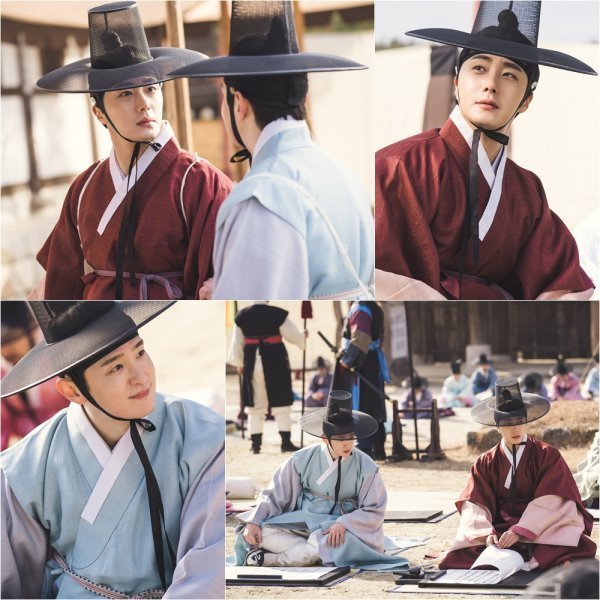 "Haechi" is the love and friendship story of a problematic prince (Jung Il-woo) who shouldn't be king. It is written by Kim I-yeong and directed by Lee Yong Suk.

Jung Il-woo plays a half-peasant and half-prince whose mother is a court maid and Kwon Yool is a kingmaker who makes Jung Il-woo king. In the future, these two will become brothers that share a bond thicker than blood.

The chemistry between these two is very much looked forward to. In the stills, Jung Il-woo and Kwon Yool are sitting for an exam. Jung Il-woo looks like he couldn't care less in the world while Kwon Yool looks so excited. Kwon Yool is also seen sneaking a look into Jung Il-woo's paper to see that he's got the right answers.

Jung Il-woo and Kwon Yool met for the first time in the scene 'sitting for an exam'. Throughout rehearsals they analyzed their characters and checked their routine over and over again to make no mistake.

"Haechi" begins on the 11th of February after "My Strange Hero".

" "Haechi" Jung Il-woo and Kwon Yool's Charismatic Bromance"
by HanCinema is licensed under a Creative Commons Attribution-Share Alike 3.0 Unported License.
Based on a work from this source