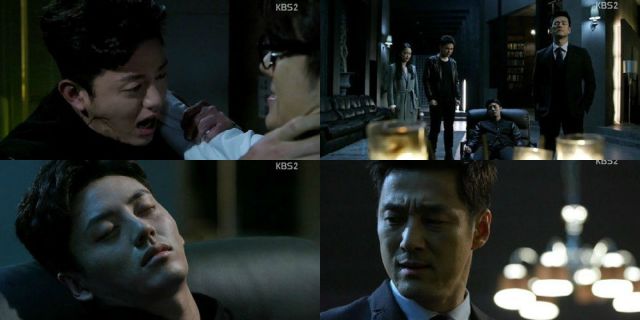 Try as I might I can't stop wondering where Jae-wook is getting all these henchmen. This just seems like a really lousy job that's more likely than not to result in a premature death to their presumably immortal lives. And the real kicker is that these henchmen aren't even any good at their job. I suspect Jae-wook could have saved a lot of time and effort by just hiring a hacker instead. Or he could have just stolen the information himself during a dinner party. That's always a pretty fun trope.

...Anyway, once Jae-wook fails on that count, it's time for his next plan- just throwing caution to the wind and acting as explicitly evil as possible. I really have to wonder at one point the authorities are going to get involved. How many people have died violent deaths in this hospital so far- two? Three? Others I might be forgetting? And that's not even getting into the fact that now hospital riot footage exists. The presentation is the weirdest part- it kind of made me think that Jae-wook's long-term plan is to sell hospital deathmatch rights to pay-per-view. 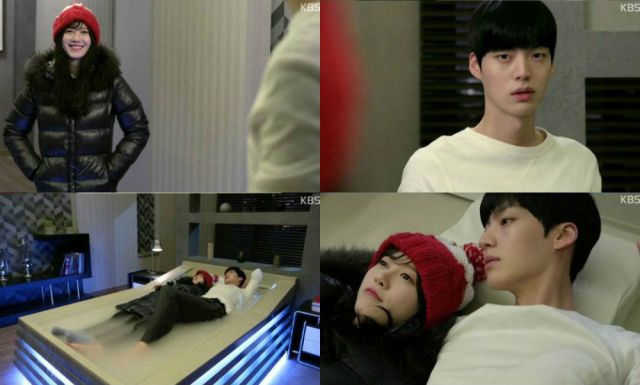 In any case, if you've been watching "Blood" for this long, you're probably not concerned so much with the logic of Jae-wook's plan as you are the chemistry between the leads. And I guess that's...OK? I mean, in ideal circumstances a romantic subplot would be built up to in some way. But Ahn Jae-hyun and Ku Hye-sun do look cute together. I guess that's something.

I suppose that most of the cast generally looks good here. The visual design doesn't bleed my eyes or anything, and the performances are about as accurate as can be reasonably expected. There is, of course, not a whole talent required to just act like a crazy person. Even so, "Blood" is just barely coherent enough that I don't especially hate it. The drama appears to be hitting the bare minimum standard of not-stupid.

And hey, the cliffhanger isn't so bad either. Again, this subplot would have been a lot more compelling if we had more serious focus on the character in question- but there's little purpose at this point in criticizing "Blood" for failing to be compelling the whole way through. We have a clearly defined villain, clearly defined lead characters, competent choreography, and a plot that mostly makes sense. While it's possible that "The Night Watchman's Journal" just really lowered my standards for fusion dramas "Blood" does manage to at least be somewhat engaging.