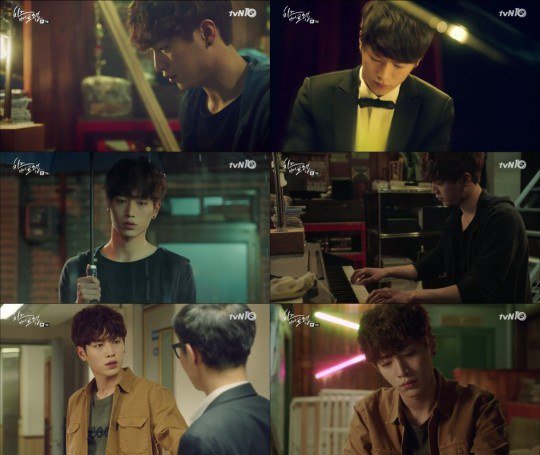 Yeong-gon (played by Ji Yoon-ho) is Seol's stalker. Initially he just comes off here as a somewhat vicious villainous character and after some flashbacks...well, Yeong-gon still doesn't come as particularly sympathetic. What makes these scenes awkward is that as obviously appropriate as it is for us to hate Yeong-gon, acting antagonistic doesn't really help. Yeong-gon has somewhat perversely managed to convince himself that his behavior isn't actually aggressive. So both sides of this dispute see it as based on one-sided attacks.

Yes I am well aware of the fact that Yeong-gon is obviously wrong and a bad person. But the moral point "Cheese in the Trap" is tryng to make here is that there are no villians, only rationalizations. What's more there can be problems without solutions. Seol technically provoked the stalking, but not through an action which she could have reasonably predicted would end in obsession. All Seol can really do now is avoid Yeong-gon, and even that's not working out all that well.

This parallel shows up elsewhere too. Remember In-ha? She gets a somewhat sympathetic flashback too. Even if this story point appears mainly in reference to In-ho's motivation, the overall point is well-taken. It's really easy to provoke a person into giving up on their dreams. A big issue of being a college-aged person is knowing when to give up, and it's hard to tell the difference between gentle ribbing and genuine discouragement.

In the romantic context (the main important one in "Cheese in the Trap"), that seems to be the main selling point of the relationship between Jeong and Seol. There's a proper sense of boundaries. He doesn't push her. The closest Jeong ever comes to creepy behavior is always in public, so there would be a check on his behavior if Jeong were ever to go so far. Constantly declaring in public that Seol is his girlfriend is not a problem, given that it is true.

It's like that old saying- how you know you really love a person because you'll say it out in public, freely, not caring who hears about it. How you can tell it's just obsession or brief infatuation is when you're being overly surreptitious. When Jeong goes with Seol to deliver a reasonably important message, it's because he cares. You can be on iffy personal terms with somebody, yet still want to talk to them because you have a message they need to hear. Whether that message will be correctly received is...well, that's Jeong's character conflict in full, really. 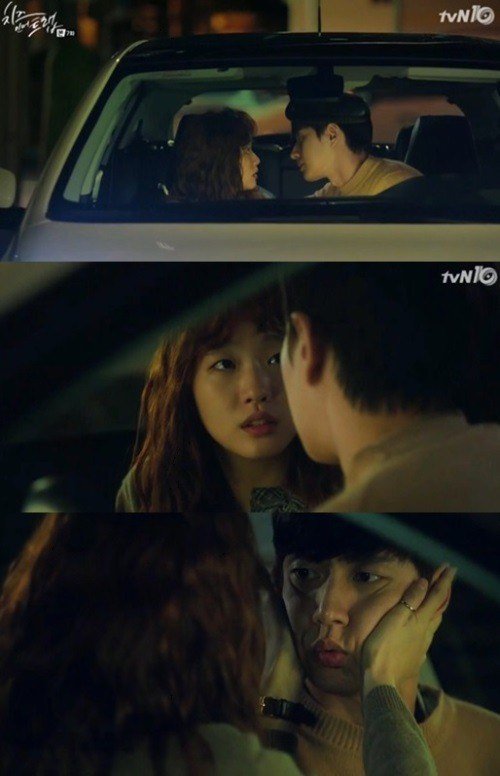 "[HanCinema's Drama Review] "Cheese in the Trap" Episode 7"
by HanCinema is licensed under a Creative Commons Attribution-Share Alike 3.0 Unported License.