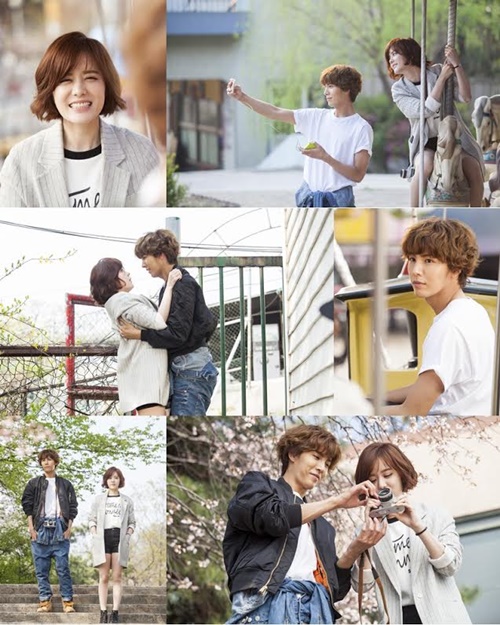 The splendid party mostly goes all right. There's no earth-shattering revelations or anything. Although it is somewhat odd that Tae-woon and Hee-cheol have more of a clearly defined rivalry at this point than Ji-na and Hye-mi. Most of the time it's hard to get a read on what Hee-cheol is actually thinking- which to some extent is perhaps why he comes off as attractive. Hee-cheol is very much a man of mystery, whereas Tae-woon wears his heart on his sleeve.

That personality trait too is a fairly attractive one, actually, it's just that we never really get to see it in a context that actually makes Tae-woon seem charming. That changes this episode when Ji-na and Tae-woon go out on another work outing- one where both Tae-woon and Ji-na make a self-conscious attempt to avoid the disasters that have befallen previous trips. This is before they have the misfortune of making another completely different mistake that ultimately sets up the cliffhanger.

One of the odder morals we've gotten out of "My Unfortunate Boyfriend" to date is that work should be enjoyable and fun. As last episode noted rather explicitly, the employees have to genuinely be having fun if they want to accurately gauge how the customers are going to feel. This was, of course, something that Ji-na just made up on the spot in the midst of a crisis situation. But just because it was an impromptu argument doesn't make it any less accurate.

By contrast, Hye-mi discovers a subtle but unmistakable downside of trying to impress her boss into a romantic relationship- he's still her boss. And because Hee-cheol is very much a serious professional man, he is quite blunt about the way work should or should not be done. Hee-cheol can offer encouragement and give good feedback, but at the end of the day he's the guy that has to hurt your feelings because business is serious.

These themes are interesting enough on individual merit that I actually don't mind so much that there's no obvious point being driven to just yet. The broader, more important part of "My Unfortunate Boyfriend" is just to sell us on the romance between Tae-woon and Ji-na- movement on that front has been slow but effective. I wasn't quite convinced before but the sheer cuteness of the proceedings is doing a lot to warm me up on the idea. Which I suspect is also how Ji-na is supposed to be feeling right now.