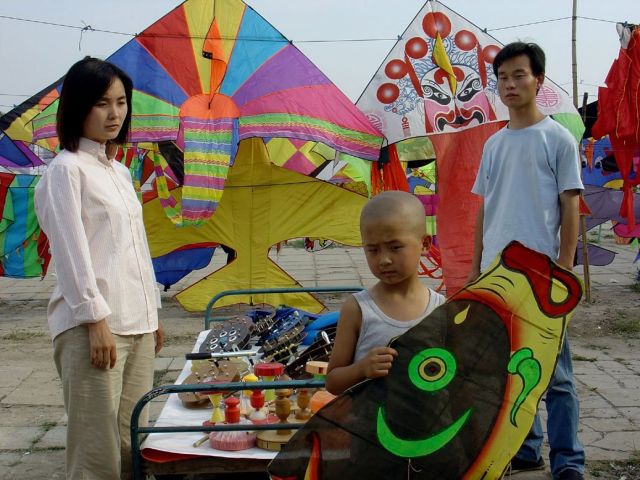 The second feature of festival favorite Zhang Lu is one of his most acclaimed works, winning awards in Cannes, Busan and Vesoul, and presented in festivals all over the world. The film deals with the Korean Chinese (Zhang Lu's ethnicity) one of the recognized ethnic minorities in China, comprising about 2.7 million citizens. Korean Chinese are spread throughout the country, and their group situation is consequently invisible to other Chinese, though many have difficulties integrating into society. Televised folklore celebrations and popular Korean foods such as the world-famous kimchi serve as one of the few common reminders of Korean Chinese culture for other Chinese. (source: Wikipedia). This last concept is presented quite eloquently in a scene in the movie, where a policewoman asks Shun-ji to teach her Korean dances, with the woman complying, ending up in a somewhat surrealistic dancing sequence. The title refers to the summer heat that shimmers over the plains of Northeast China, which the locals call "Grain in Ear".

Cui Shun-ji is a woman who belongs to the aforementioned minority and lives in a rundown area, on the borders between the urban setting of Beijing and the farmlands that dominate the surrounding area. Her husband is in prison, and she raises her only son, Chang-ho, by illegally selling kimchi from a food stall. On the hours she is out working, the prostitutes that live in the adjacent "house" take care of the little boy.

A sympathetic Chinese cop offers to help her get a license, and a male customer befriends her when they discover they are both from the Korean minority. However, their help is not without exchange, and soon Cui Shun-ji finds her life being not so different from the one her neighbors' live. When tragedy strikes her life in the worst way, she decides to exact revenge.

Zhang Lu directs a film that is minimalist in visuals, as it is rich in context, in a story filled with social comments. These comments have the lives of immigrants in the non-urban areas as their base, but through this main concept, extend to a number of others. The differences between rich and poor, men and women, locals and immigrants is one of the central ones, with Lu focusing on the hardships of all the second categories, while putting an obvious blame on the first ones, whose sole purpose seems to be to take advantage of the "weak" ones. 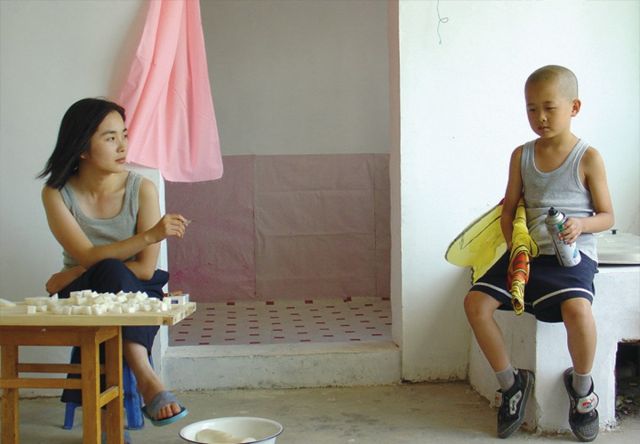 Sex also plays a central role, both through the lives of the prostitutes and the way Shun-ji ends up using it in order to survive, in essence. The fact that she also has sex for payment (another kind, but still), initially, it may seem as if making her also a prostitute, and the comment something like "all women are whores". However, this is not the case in any way, since Lu's comment suggests that in a world where women are completely powerless, sex is the only "weapon" they can use in order to survive. This concept is presented in a somewhat bittersweet fashion, when Chang-ho asks his mother why everyone is calling her a chicken, which in Chinese slang is the word for prostitute.

The ending of the film, which focuses on a rather harsh, although subtly depicted revenge, seems to change the aesthetics and the overall context of the story, towards something extreme. However, Zhang's explanation states something completely different: "the film is essentially anti-terrorist. Not at all in the way of Bush's political agenda, but on the scale of everyday life, how we, as humans, terrorize those around us" 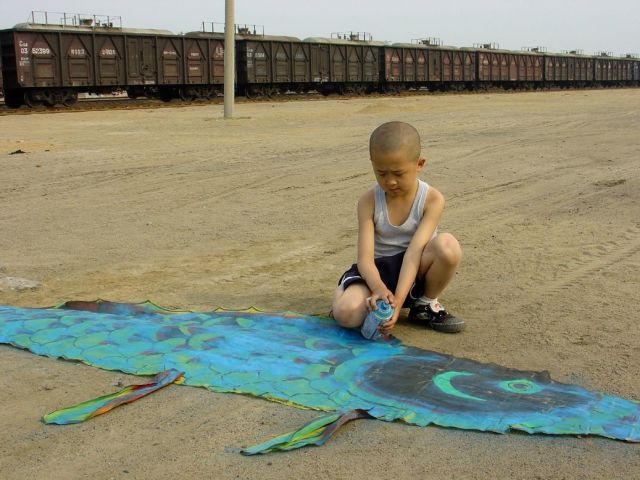 Liu Yonghong's minimalist but evocative cinematography is one of the film's greatest assets. His use of long shots is excellent, in a tactic that results in the depiction of the area the story takes place in, as a dystopian setting, which suits the characters and the story to perfection. On the other hand, the depiction of the interiors, and particularly the framing of Shun-ji's cramped house communicates the pressure she feels from all sides, as much as the restraint she exercises against her problems, in an effort to survive and to protect her son. Kim Sun-min's editing implements the slow-burning rhythm of the movie nicely, although some jump-cuts here and there, give a sense of speed to the film.

Ryoo Yeon-hee as Shun-ji is great in a role that unfolds in perfect resonance with the film's aesthetics: measured and minimal.

"Grain in Ear" is a very meaningful film that uses a genuine art-house approach in order to present its harsh but very realistic comments. At times, and due to the themes (marginalized people, prostitutes) it reminded me much of Kim Ki-duk's early films, although Zhang Lu's effort is almost completely stripped of the visual depiction of violence.