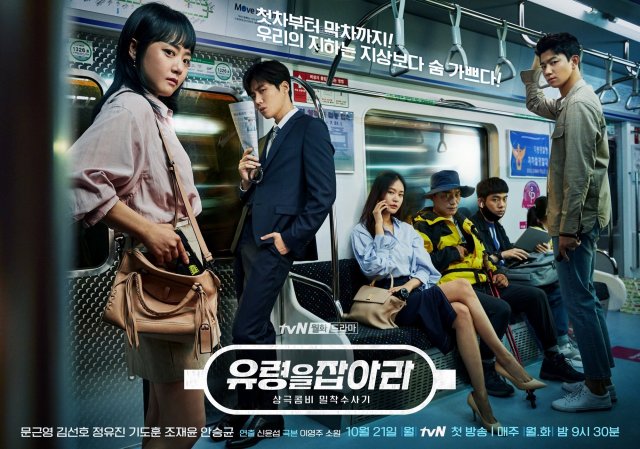 On October 15th "Catch the Ghost" canceled its October 16th press conference for the drama. Now the press conference will be held on October 21st. The official reason given for the delay was to demonstrate compassion for an unfortunate situation, with a request for accomodation given the circumstances.

The most likely reason for the sudden schedule change was the death of Sulli on October 14th. Many variety shows featuring Sulli have already had to push back broadcasts or promotional events following her death. However, Sulli was not among the listed cast for "Catch the Ghost".

The more immediate reason behind the pushback was most likely Ki Do-hoon, who like Sulli is represented by SM Entertainment. He is a year younger than her and likely knew the departed actress socially. He is not currently scheduled to appear in the press conference.

"[HanCinema's News] "Catch the Ghost" Press Conference Pushed Back in the Wake of Sulli's Death"
by HanCinema is licensed under a Creative Commons Attribution-Share Alike 3.0 Unported License.