Kim Won-joon and Park So-hyun "We are also married!" 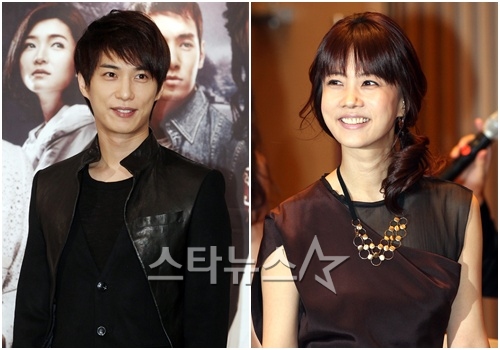 Singer Kim Won-joon and actress Park So-hyun are a new couple in "We Just Got Married".

According to a program spokesperson, the two shot for the first time for MBC around Seoul. They went around Seoul and had a joyful date. Someone from the program said they had a good first shoot.

They say, "We thought about a story based on those who were slightly older and more mature than those in their 20s and idols".

It looks like "We Just Got Married" will maintain its system of three couples, Nickhun and Victoria, Lee Jang-woo and Ham Eun-jung, Kim Won-joon and Park So-hyun. Having done their last shoot for the program, Jung Yong-hwa and Seohyun will leave the program after the episode on the 2nd.

"Kim Won-joon and Park So-hyun "We are also married!""
by HanCinema is licensed under a Creative Commons Attribution-Share Alike 3.0 Unported License.
Based on a work from this source