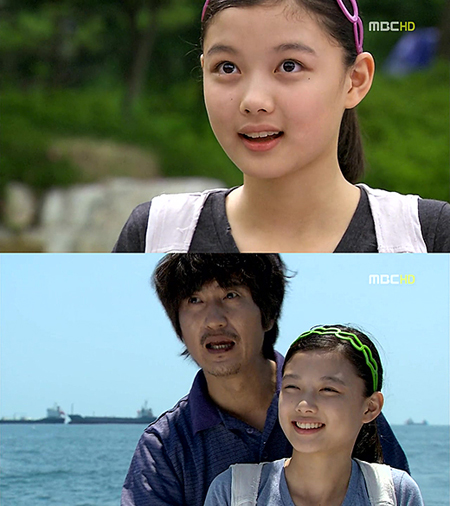 Kim Yoo-jung stars as Hae-joo (Han Hyo-joo) in her younger days in the MBC weekend drama "May Queen". The highlight is the cool dialect she uses.

Viewers think it's fresh. Unlike the role of elegant Yeon-woo she took on in the MBC drama "The Sun and the Moon", she doesn't hesitate to cuss in this one.

She is a natural when it comes to using agreeable terms and phrases that only the certain dialect has. In the scene where she sings a song with her father Ahn Nae-sang even shows so much affection.

Being from Seoul, this character would've been a very big challenge for her. Her agency explained practice is her know-how. She studied the dialect since two months before the drama and even had her teacher follow her on set and check everything she said. When circumstances demand it, she would listen to the voice file her teacher recorded for her and repeat after it.

The results are leading to favorable comments on the bulletin board.

"Kim Yoo-jung's know-how to using dialect"
by HanCinema is licensed under a Creative Commons Attribution-Share Alike 3.0 Unported License.
Based on a work from this source