Korean movie of the week animation "Green Days: Dinosaur and I" 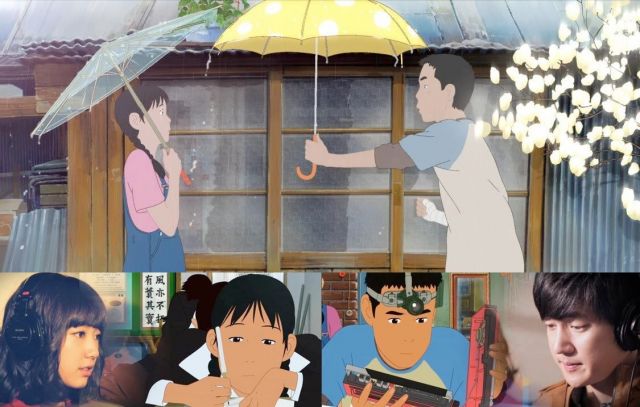 Korean movie of the week animation "Green Days: Dinosaur and I" (2010)

Synopsis
Not wanting to lose, Yi-rang orchestrates a collapse in the middle of a relay race even though she's on the verge of giving up her dream of becoming an athlete. At the same time, Soo-min transfers in from Seoul and Cheol-soo, who dreams of becoming a scientist, come into her life. They are all immature but they are in the midst of youthful aspiration. With this warm-hearted animation, Han Hye-jin-I and Ahn Jae-hun encourage Yi-rang's dreams and portray the fantasy and flutter of adolescence through encounters with good people. Set in the '80s and '90s, an old umbrella and a railroad crossing the downtown in the film is the stuff that reminds us of our lost past, evoking a reminiscence in the audience of that which is vanished. It is a way of evoking the real "dreams" that we have lost in this modern society where a rapid capitalization is progressing. (LEE  Sang-yong)
_________________
The new Korean animated film "Green Days: Dinosaur and I" is a nostalgic coming-of-age story about two teenage lovebirds - Yi-rang, who dreams of becoming an athlete, and her first love, Cheol-su, who dreams of becoming a scientist. Set in the 1980s and 90s, with a soundtrack to match, the film follows their budding romance, growing pains, hopes and dreams.
The film was drawn in pencil, without the high-tech computer graphics and three-dimensional techniques that dominate the animation industry. This gives the film a timeless, more realistic quality.
Co-directed by Han Hye-jin-I and Ahn Jae-hun, the film premiered at the Busan International Film Festival in 2010 and was selected for at the 2011 Annecy International Animated Film Festival in France earlier this year, often dubbed the Cannes of the animated film industry.
Korean critics have said that although "Green Days: Dinosaur and I" does not have any villains or dramatic climax, the good-hearted characters and tranquil setting are both touching and entertaining.