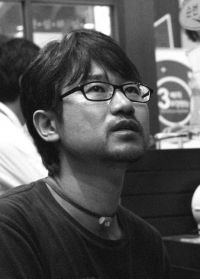 Jang Cheol-soo is called the best find of 2010 with just one film, "Bedevilled". The movie generated a buzz at the 63rd Cannes International Film Festivals non-official
International Critics' Week competition, and subsequently won applause from both the audience and critics when it was release in Korea. The movies leading actress, Seo Yeong-hee, who had often appeared in many thrillers and historical dramas on TV in roles that face undeserving death, took matters in her own hands and waves a sickle around to avenge the abuses committed against to her in "Bedevilled". Considering the social and cinematic context of this movie, it can be said thatSeo Yeong-hee was in a ritual of redressing the grievances of all the female victims who crumbled helplessly to their demise in a plethora of male-oriented thriller flicks. Jang Cheol-soo worked on KIM Ki-duks "Spring, Summer, Fall, Winter... And Spring" and "Samaria" as an assistant director.