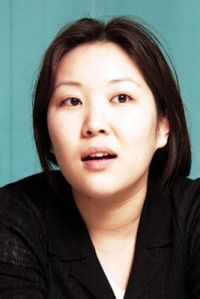 Born in 1975, Anna Lee (Lee Seo-goon) studied in film at NYU. She was involved in Park Chul-Soos 301, 302 as a screenwriter. With the short film Suicide Party she won the Grand Prize at the Gold Crown Film Festival. As a youngest woman director in Korea, Anna Lee made her feature debut with Rub Love. The Recipe is her second feature film.