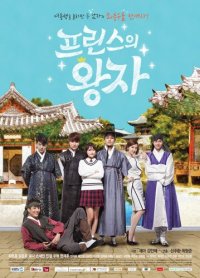 10 episodes - Mon~Fri 00:00
Synopsis
A man decides to work for a video game company in order to save his younger sister, who is obsessively indulged into video games. He falsely self-claims himself as a gay to be hired by the game company.
The comedy drama depicts the eventful and vivacious happenings between the man and the employees of the game company.

View all 10 pictures for "Prince of Prince"