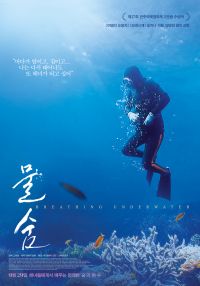 Synopsis
In Jeju Province, located off the southern coast of Korea, are the women of the sea, those who hold breath for life. These women still exist and they still dive the old way, without tanks. They go into the waters of 10- to 20-meter depth to harvest seaweed and shellfish to make a living. They make a living in the same sea, but each haenyeos sea of life is different. The community is divided into three tiers- Group A, B and C, based on skills and capabilities. Ones rank is determined by sum or breath. Sum, is pre-determined at birth. Therefore, sum is desired. However, the ocean is harsh. May you desire! But seek what is not yours, the ocean will devour you. Life, for these women of the sea, is about holding ones breath, and containing and controlling ones desire. The film is a six year record of the lives of the haenyeos in Udo, an islet in the province of Jeju, known to be the birthplace of haenyeo. It is a close look into the lives that stand on the boundary of life and death.

View all 35 pictures for "Breathing Underwater"