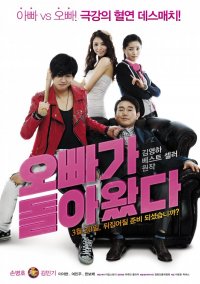 Synopsis
Father who is out of work, mother who works at the kitchen for construction workers and there is a 14-year-old girl, Se-ju who tells the story. When the prodigal son, Se-jus brother comes back to the family with live-in girlfriend, the family faces another crisis.