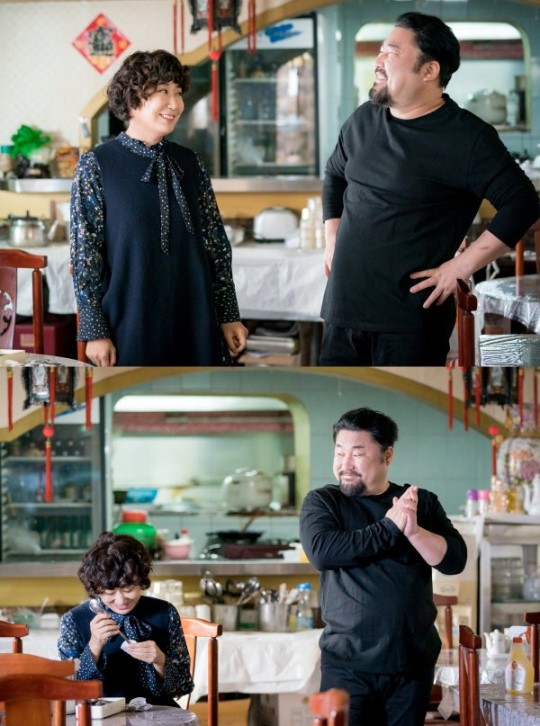 Veteran actor Ko Chang-seok and actress Ra Mi-ran show off their endearing couple chemistry in the new drama, "Miracle That We Met".

Starting on April 2nd, "Miracle That We Met" will take the viewers on its journey of laughter and tears as this body swap melodrama pledged to be the most heart-touching show of this season.

In the drama, Ko Chang-seok plays the role of Song Hyeon-cheol B, who may not be the wealthiest man on the block, but still lives a happy, content life with his wife Jo Yeon-hwa, played by Ra Mi-ran, along with his father-in-law and a daughter. Ko Chang-seok and Ra Mi-ran's characters are known as the corniest lovebirds in the neighborhood even though they've been married for half of their lives.

In the still cuts revealed, just from the pictures, you can already feel the chemistry between them and the fantastic synergy. According to a staff member of "Miracle That We Met", the studio has a high hope for their chemistry as he said, "Since Ra Mi-ran and Ko Chang-seok acted together already in a different show, from the first day of filming, they were like an old-time couple. Also, they are both such energizers, always making everyone at the scene laugh by their limitless positivity and enthusiasm. We hope the viewers will fall in love with this adorable couple as much as we did".

The netizens are smiling as they loved the chemistry they've already shown in the previous movie "Seondal: The Man Who Sells the River" and now they have met again as a married couple now in "Miracle That We Met".

"[Lily's Take] Ko Chang-seok and Ra Mi-ran's Cute Couple Chemistry"
by HanCinema is licensed under a Creative Commons Attribution-Share Alike 3.0 Unported License.
Based on a work from this source