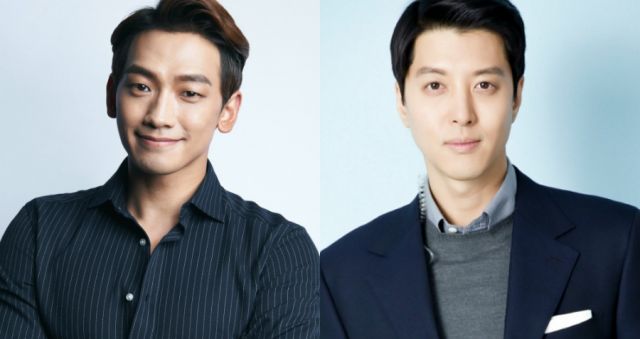 On March 5th, Lee Dong-gun's agency, FNC entertainment, confirmed that the actor has accepted the second male lead role in jTBC's "Sketch - Drama", an investigative action drama about people fighting to change the future. He joins actor Rain, who accepted the main role a while back.

We have new character information on the two as well, and it's all very tragic. Rain will be playing ace detective Kang Dong-soo. Dong-soo is a fearless man with great intuition and skill, but he loses the lover he was going to marry and struggles to reveal the truth behind her death.

Lee Dong-gun's character is equally tortured. The actor plays Kim  Do-jin, a highly trained commander in the Special Forces. When his pregnant wife is murdered, he decides to take revenge, which somehow places him in a confrontation with Dong-soo. I just hope the "somehow" isn't a case of one's pregnant wife having been the other's lover, because oh boy, the draaamaaa.

"Sketch - Drama" is written by Kang Hyeon-seong of "The King's Case Note" and "Hidden Identity", and directed by Lim Tae-woo of "Yuna's Street" and "The Duo". The series will be airing in May, so I'm looking forward to more casting announcements as the date draws near. Can we get some badass ladies to join these badass men?