"Secrets" No previews for the following week 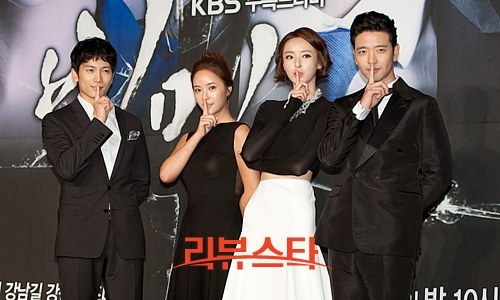 It is normal for a drama to show the preview once it's over. However, KBS 2TV drama "Secrets" doesn't. Wednesday shows Thursday's episode but Thursday doesn't show the next week's episode. It's true that there was more instability than expectations this time. Even the director, Lee Eung-bok said it.

He said, "With 16 episodes throughout the drama, we are already at the eleventh. I plan on making it revolve faster and more passionately".

"Secrets" is not made up of fragments of scripts. Written by Yoo Bo-ra and Choi Ho-cheol, this drama collaborates well with Lee Eung-bok who is known for his unique intricacy and emotions.

There's no expanding or previews. "Secrets" is also called the inconsiderate drama because there's no preview but it's no doubt it's a high quality drama with Ji Sung, Hwang Jung-eum, Bae Soo-bin, and Lee Da-hee.

""Secrets" No previews for the following week"
by HanCinema is licensed under a Creative Commons Attribution-Share Alike 3.0 Unported License.
Based on a work from this source