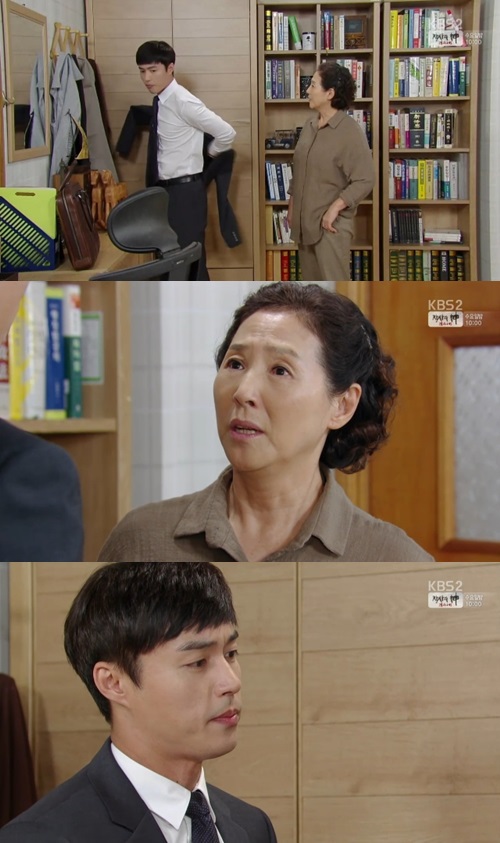 When Im San-ok found out that her son Lee Hyeong-gyoo stole his friend Song Jun-yeong (Yoon Hee-seok)'s girlfriend and opened his business with the support from the woman. When her son returned home late at night, she tried to console Lee Hyeong-gyoo while she said, "You poor child..." and then she shed tears.

Next morning, Im San-ok finally told Lee Hyeong-gyoo, "Even when we know Song Jun-yeong is a bad friend, you should not steal someone else's woman and hurt his heart". However, Lee Hyeong-gyoo said, "Mother, you don't have to know about this. Please stop intervening in my business".

Lee Jin-ae (Eugene) heard the conversation and yelled, "Did you make another accident and hurt mom's feeling again?". It made the mood in the house rough.

"[Spoiler] 'All About My Mom' Go Doo-shim advises Oh Min-suk, "Don't steal your friend's woman""
by HanCinema is licensed under a Creative Commons Attribution-Share Alike 3.0 Unported License.
Based on a work from this source