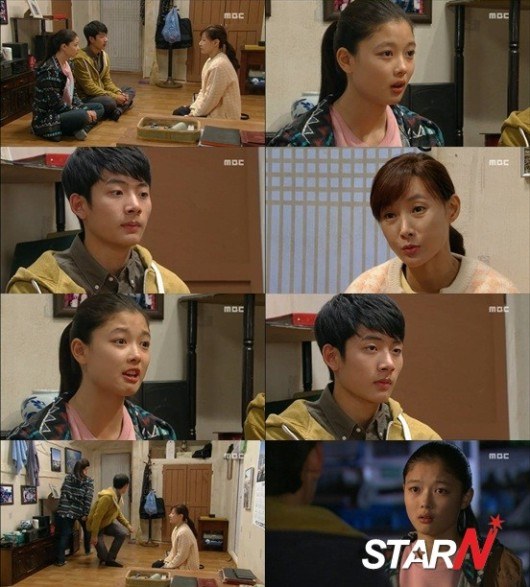 Kim Sang-joong expected his kids to get better in Jo Min-ki's hands.

Kim Baek-won said, "Are you kidding me lady?" but Yoon Yeong-hye explained, she could only take one and that she would take good care of her.

However, Kim Baek-won yelled that she wouldn't leave with the woman who put Kim Han-joo (Kim Sang-joong) in prison. Yoon Yeong-hye tried to explain that in a matter of time she would be able to understand.

Still, Kim Baek-won left the house saying she would never leave with her. In the end, Kim Man-won had to reveal that she wasn't her real sister and made her leave with Yoon Yeong-hye.

"[Spoiler] "Golden Rainbow" Kim Yoo-jung gets mad at Do Ji-won"
by HanCinema is licensed under a Creative Commons Attribution-Share Alike 3.0 Unported License.
Based on a work from this source