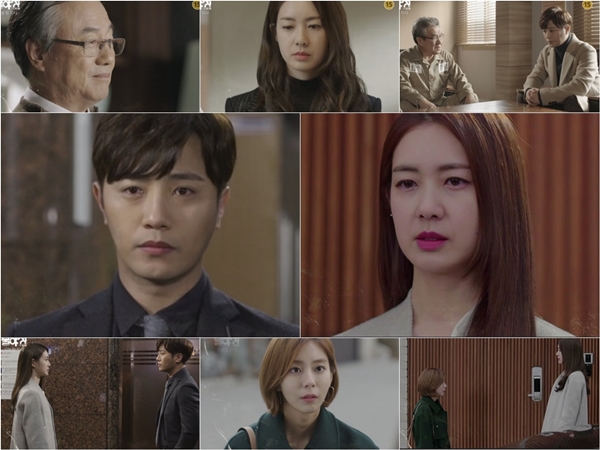 In the preview footage of the drama, I-kyeong (Lee Yo-won) tells Jang Tae-joon's (Jung Dong-hwan) assistant, "Harvesting on someone else's land is theft". Jang Tae-joon then started to say something with, "I know you're upset and angry".

Gun-woo's (Jin Goo) father Park Moo-il (Jung Han-yong) is cancelled for bail and returns to the lock-up. They meet and talk about I-kyeong saying, "She won't give up what she tried to do here". Gun-woo then tells I-kyeong, "If something happens to the Group because of you, I won't leave you be". I-kyeong smiles coldly. She tells Park Moo-sam, "Choose between me or Sungbook-dong".

The drama sources say, "I-kyeong starts off at full speed after the death of her father".

"[Spoiler] "Night Light" Lee Yo-won releases her breaks "
by HanCinema is licensed under a Creative Commons Attribution-Share Alike 3.0 Unported License.
Based on a work from this source