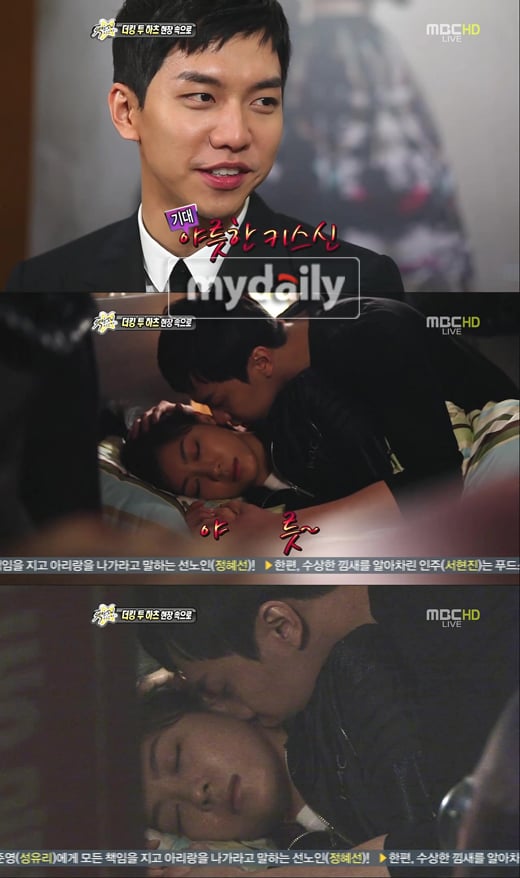 Lee Seung-gi and Ha Ji-won's neck kiss has been revealed.

On the episode of MBC TV program "Section TV" on the 11th ran an interview with the cast of the drama "The King 2 Hearts", Lee Seung-gi, Ha Ji-won, Jo Jung-suk and more.

"The King 2 Hearts" is about the love story between a North Korean female sergeant and a South Korean prince under the setting of a constitutional monarchy. To be aired on the 21st after "The Sun and the Moon".

""The King 2 Hearts" Lee Seung-gi and Ha Ji-won's neck kiss"
by HanCinema is licensed under a Creative Commons Attribution-Share Alike 3.0 Unported License.
Based on a work from this source