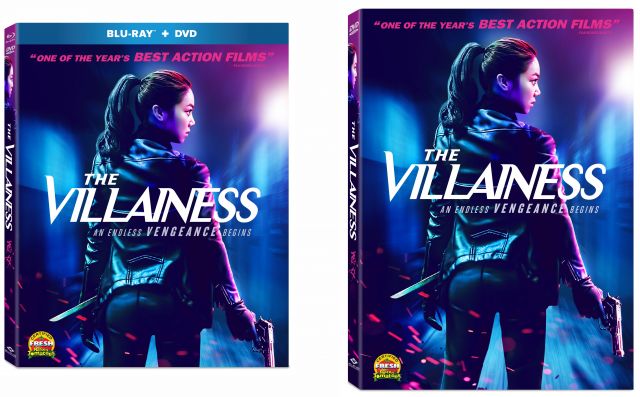 "A fantastic revenge thriller that ups the ante with its complex storytelling and jaw-dropping set pieces". ~ Ed Douglas, IGN

"...a heroine who's no Amazon, but still a wonder woman". ~ John Powers, VOGUE

Bloody revenge is at the heart of the stylish, kinetic action-thriller "The Villainess", debuting on digital November 7 and on Blu-ray™ Combo Pack and DVD November 21 from Well Go USA Entertainment. Certified "Fresh" on Rotten Tomatoes, this welcome shot of adrenaline to the classic femme fatale story follows a ruthless female assassin who leaves a trail of bodies behind her as she seeks her blood-spattered revenge. Directed by Jung Byung-gil ("Confession of Murder"), "The Villainess" stars Kim Ok-vin ("Thirst", "The Front Line"), Shin Ha-kyun ("Sympathy for Mr. Vengeance) and Sung Joon ("Horror Stories 2", "Pluto"). Bonus materials include a Making-of featurette that highlights the action choreography and the characters.

Synopsis:
Honed from childhood into a merciless killing machine by a criminal organization, assassin Sook-hee is recruited as a sleeper agent with the promise of freedom after ten years of service - and she jumps at the chance for a normal life. But soon enough, secrets from her past destroy everything she's worked for, and now nobody can stand in her way as she embarks on a roaring rampage of revenge.

"The Villainess" has a runtime of approximately 124 minutes and is not rated.

Available to pre-order from Amazon