Will 'Athena' Exceeds Popularity of 'IRIS'? 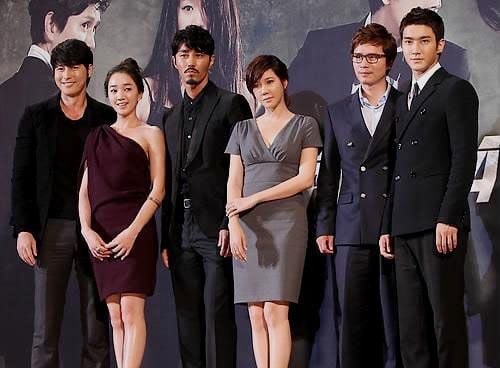 The spy-action drama "ATHENA", in which actor Jung Woo-sung and actress Soo Ae will appear as the male and female protagonists, will be broadcast from this coming winter in December on SBS. The drama is a spin-off of the original "IRIS" drama and it is based on the original story of the KBS drama "IRIS", which had aired last year on KBS. "ATHENA" is very similar to the original "IRIS" as the production company Taewon Entertainment, which had produced "IRIS", will also produce this drama, and it has been equipped with an all-star cast and large-scale action and melodramatic storyline. But the backdrop of the drama has been expanded from the Korean peninsula and Asian countries into the whole world, and the relationships among cast members have become more complicated.

"ATHENA" will depict espionage activities of members of the National anti-Terror Service (NTS), the same organization in "IRIS", fighting against the secret organization named "ATHENA" concerning the new energy source "TWR". The drama has become a hot topic as actors who used to appear in movies, such as Jung Woo-sung, Cha Seung-won, and Soo Ae, have been cast as the main protagonists, and it already has begun filming from last June in six different countries including Italy and Japan. 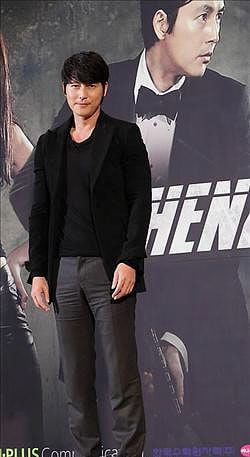 In the preview, which was released in the showcase event held at the Garden stage in Lotte World on August 30, the scenes depicting an explosion and gunfight, which reminded viewers of action movies, filmed in Italy were unveiled to the viewers.

Actor Jung Woo-sung will make a comeback to the small screen after a fifteen-year break since his dramas "1.5" and "Asphalt Man" in 1995. He will play the elite special agent named Lee Jeong-woo who will confront the huge shadowy conspiracy. Jung Woo has been transferred from the National Intelligence Service to the NTS, which is the special organization preventing any crisis with international undertakings, as he had been recognized for his excellent strategic performance during his work. At NTS, he meets his former colleague Yoon Hye In (Soo Ae), whom he once loved, and becomes confused after finding out that Hye In had been involved in a secret organization within NTS. In the showcase, Jung Woo-sung said, "In this drama, I have to present both a love story and an action performance. While I had been searching for my next work, I had been informed that this drama was under planning, so I willingly decided to appear in this drama because I thought that it would be a good opportunity to participate in producing a good drama".

Actor Cha Seung-won will play the heartless character Sohn Hyuk, the head of the branch office of the United States Department of Homeland Security in East Asia, and he also leads the secret organization "ATHENA", and confronts Jung Woo-sung in the drama. Cha Seung-won said, "The role that I play is a so-called villain who forms an alignment with a third force to hatch a wicked plot. But as the story of the drama develops, the character will be changed dramatically. This drama is a spy action drama like "IRIS", but it will contain more various scenes to enjoy watching and it will present a more complicated storyline with various characters. It is not just a simple spy action drama, but a more interesting and exciting spy action drama". 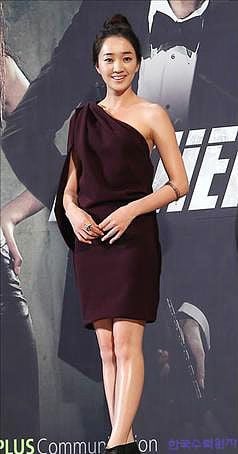 Actress Soo Ae has shown her pure and graceful beauty so far, will this time transform into a cold-blooded spy. The character whom she will play is a double agent, Yoon Hye In, who belongs to the National anti-Terror Service (NTS) as a profiler and also takes a role within a secret organization as a special agent. She is a character who locks a secret away in her mind. Soo Ae said, "I really enjoyed watching "IRIS". I had confidence in performing action scenes, and I received the casting request at an appropriate time".

Actress Lee Ji-ah will play a special agent, Han Jae Hee, who is a colleague of Yoon Hye In. She hides her feelings of love towards Jung Woo, and has to have an inevitable confrontation with Yoon Hye In. Lee explained about the character, whom she will play, by saying, "She is a very rational and thorough person when performing her work, but at the same time, she is very honest in expressing her love". She added, "I worry, as I heard that my action looked too bloody and spiteful, but actually I had taken much care about performing action scenes not to receive an evaluation saying female actor's action scenes look too weak".

Actor Kim Min-jong, who will play a former North Korean intelligence agent coming from a rich labor party named Kim Ki Soo, said, "Kim Ki Soo is a very freewheeling character with manly charms and charisma. There was no indication about a North Korean dialect on the script, but I tried to express the language of a North Korean defector while acting".

Choi Si-won, a member of the idol group Super Junior, will play a rookie NTS agent named Kim Joon-ho. Choi said, "At first, I was very nervous due to pressure, but as other senior actors are taking care of me as if I am their real nephew, I am filming the drama with no more pressure. Other members of Super Junior are very envious of me about acting together with great senior actors". He was smiling while making his comments. 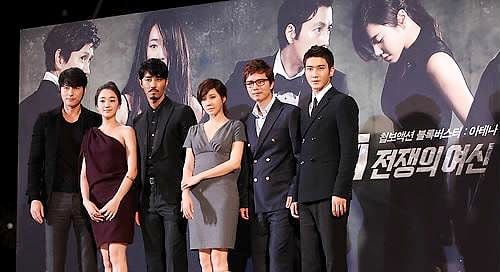 In addition, singer BoA and actress Lee Bo-young will appear in "ATHENA" as guest stars.

A spokesperson for Taewon Entertainment said, "The story is based on the war on energy, which is not an absurd story, but can happen in the real world. We will attract viewers' eyes with a solid story line reflecting world policy and a grand scale".

"Will 'Athena' Exceeds Popularity of 'IRIS'?"
by HanCinema is licensed under a Creative Commons Attribution-Share Alike 3.0 Unported License.
Based on a work from this source